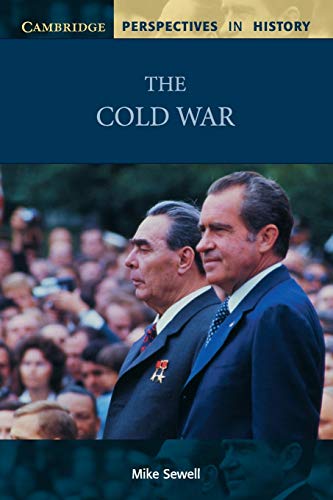 An engaging range of period texts and theme books for AS and A Level history. The Cold War was an economic, ideological and political confrontation. There was no single cause, no single driving force and no single factor that brought it to an end. In this incisive and thought-provoking book, Mike Sewell examines the complex historiography surrounding the Cold War as well as the events and issues themselves. Topics include: the origins of the Cold War, the globalisation of the War culminating in the Cuban Missile Crisis, the period of detente which followed, and the end of the Cold War in the 1980s.

Surprise, security, and the American experience by John Lewis Gaddis
Restless giant : the United States from Watergate to Bush v. Gore by James T. Patterson
Diplomacy by Henry Kissinger
The United States and the origins of the Cold War, 1941-1947 by John Lewis Gaddis
Colossus : the rise and fall of the American empire by Niall Ferguson
2 more
Promised Land, Crusader State: The American Encounter with the World Since 1776 by Walter McDougall
Reappraisals: Reflections on the Forgotten Twentieth Century by Tony Judt
Fewer