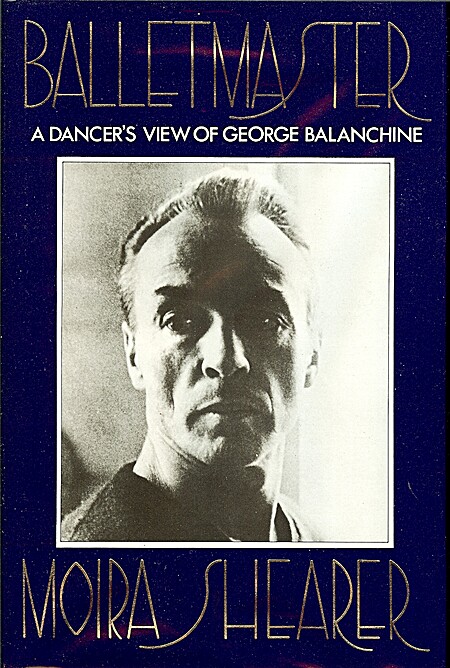 "We worked on until the ballet was complete. One prodigious technical hurdle followed another, and if I seemed to falter he simply said, 'Go on - go on. I know you can do it.' I began to believe in myself and found that I was performing everything he wanted, the dangerous slanting way, even the nearly impossible. It was an exhilarating experience. Had I not just been married and with my life about to take a completely new turn, I think I would have followed George Balanchine back across the Atlantic in the hope of joining his New York City Ballet. Instead we never met again. My debt to him is infinite, and this book about his life is my tribute." It was the spring of 1950 and Moira Shearer, the success of the famous ballet movie The Red Shoes recently behind her, was learning the lead role in Balanchine's Ballet Imperial, his first choreographic contribution to Covent Garden. It was their sole encounter, but the sheer force and élan of Balanchine's personality, technique and genius held the young ballerina in total thrall from that day to this. As Moira Shearer observed his works over the years, she determined to set down Balanchine's extraordinary career and tempestuous life from a dancer's perspective. She researched his Russian youth, and the dazzling Diaghilev and continental years. She talked with key colleagues, ex-wives and impresarios as living background to her account of his hard-won triumphs with the New York City Ballet as the most innovative and important choreographer of this century. The story of Balanchine's life is here is full, the romantic destructiveness and willfulness along with the genius, but it is informal and distillate rather than compendious. Its warm, intelligent and seamless narrative, its eloquence as expert homage from one artist to another and its lively assessment of the elements that fueled Balanchine's extraordinary talent are sure to earn this book a lasting place on the shelves of anyone who cares about dance and about the cultural history of our turbulent century. -- from dust jacket.… (more)

Balanchine: a biography by Bernard Taper
Choura: The Memoirs of Alexandra Danilova by Alexandra Danilova
The Ballerinas: From the Court of Louis XIV to Pavlova by Parmenia Migel
I remember Balanchine : recollections of a ballet master by those who knew him by Francis Mason
Holding on to the air : an autobiography by Suzanne Farrell
9 more
Diaghilev's Ballets russes by Lynn Garafola
Blood memory by Martha Graham
Ballerina: The Art of Women in Classical Ballet by Mary Clarke
Dance to the piper by Agnes De Mille
Dance is a contact sport by Joseph H. Mazo
George Balanchine, ballet master : a biography by Richard Buckle
Winter Season: A Dancer's Journal by Toni Bentley
Bronislava Nijinska--early memoirs by Bronislava Nijinska
Mark Morris by Joan Ross Acocella
Fewer