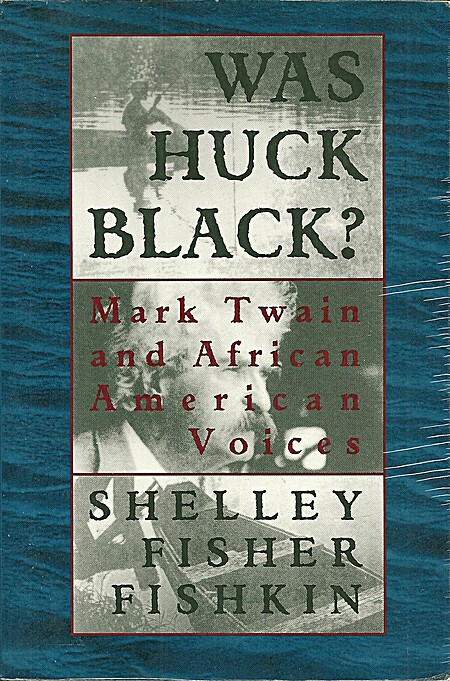 Ernest Hemingway asserted, "All modern American literature comes from one book by Mark Twain called Huckleberry Finn." Lionel Trilling said the novel was "not less than definitive in American literature." Published in 1884, Huck Finn has become one of the most widely taught novels in American curricula. But where did Huckleberry Finn come from, and what made it so distinctive? Shelley Fisher Fishkin suggests that in Huckleberry Finn, more than in any other work, Mark Twain let African-American voices, language, and rhetorical traditions play a major role in the creation of his art. In Was Huck Black?, Fishkin combines close readings of published and unpublished writing by Twain with intensive biographical and historical research and insights gleaned from linguistics, literary theory, and folklore to shed new light on the role African-American voices played in the genesis of Huckleberry Finn. Given that book's importance in American culture, her analysis illuminates, as well, how African-American voices have shaped our sense of what is distinctively "American" about American literature. Fishkin shows that Mark Twain was surrounded, throughout his life, by richly talented African-American speakers whose rhetorical gifts Twain admired candidly and profusely. A black child named Jimmy whom Twain called "the most artless, sociable and exhaustless talker I ever came across" helped Twain understand the potential of a vernacular narrator in the years before he began writing Huckleberry Finn, and served as a model for the voice with which Twain would transform American literature. A slave named Jerry whom Twain referred to as an "impudent and satirical and delightful young black man" taught Twain about "signifying"--satire in an African-American vein--when Twain was a teenager (later Twain would recall that he thought him "the greatest man in the United States" at the time). Other African-American voices left their mark on Twain's imagination as well--but their role in the creation of his art has never been recognized. Was Huck Black? adds a new dimension to current debates over multiculturalism and the canon. American literary historians have told a largely segregated story: white writers come from white literary ancestors, black writers from black ones. The truth is more complicated and more interesting. While African-American culture shaped Huckleberry Finn, that novel, in turn, helped shape African-American writing in the twentieth century. As Ralph Ellison commented in an interview with Fishkin, Twain "made it possible for many of us to find our own voices." Was Huck Black? dramatizes the crucial role of black voices in Twain's art, and takes the first steps beyond traditional cultural boundaries to unveil an American literary heritage that is infinitely richer and more complex than we had thought.… (more)

Coming to grips with Huckleberry Finn : essays on a book, a boy, and a man by Tom Quirk
Mark Twain : a life by Ron Powers
Autobiography of Mark Twain. Volume 1 by Mark Twain
Mark Twain: Collected Tales, Sketches, Speeches, and Essays: Volume 2: 1891-1910 (Library of America) by Mark Twain