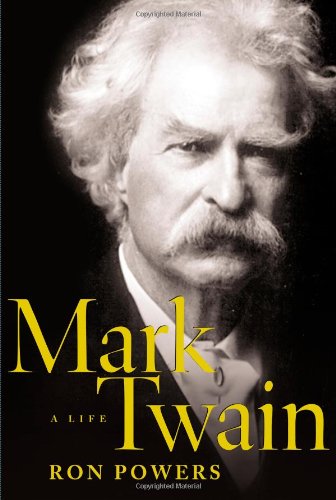 Mark Twain's works are a living national treasury, yet somehow, beneath the vast river of literature that he left behind, Samuel Langhorne Clemens, the man who became Mark Twain, has receded from view, leaving us with only faint and often trivialized remnants of his towering personality. Here, author Powers recreates the 19th century's vital landscapes and tumultuous events while restoring the human being at their center. Clemens left his frontier boyhood in Missouri for a life on the Mississippi during the golden age of steamboats. He skirted the Civil War before taking off for an uproarious newspaper career in Wild West Nevada. He took the East Coast by storm, witnessing the extremes of wealth and poverty of New York City and the Gilded Age (which he named). He traveled to Europe on the first American pleasure cruise and revitalized travel writing. He wooed and won his lifelong devoted wife, yet quietly pined for the girl who was his first crush and whom he would re-encounter decades later. He became the toast of Europe and a celebrity who toured the globe. The man who emerges in Powers's brilliant telling is both the magnetic, acerbic, and hilarious Mark Twain of myth and a devoted friend, husband, and father; a whirlwind of optimism and restless energy; and above all, a wide-eared and wide-eyed observer who absorbed every sight and sound, and poured it into his characters, plots, jokes, businesses, and life. Mark Twain left us our greatest voice. Sam Clemens left us one of our most full and American of lives.--From publisher description.… (more)

LibraryThing member midlevelbureaucrat
This is a stellar biography of a fascinating man. As much a history of the time as a history of an American icon, I enjoyed every moment of this book. Though a bit daunting to start this book and its 600-some pages, it was difficult to set aside; only the failure of my eyes to remain open into the later hours of evening prevented me from continuing the saga in a single, long sitting. Powers's writing is smooth, funny, contemporary without being trendy, and Mark Twain is a fabulous wonderful character through every page of this book.… (more)
7 more
LibraryThing member nancygrahamogne
Beautifully written and frank account of the writer's life
LibraryThing member gwfry
Well written biography of Mark Twain. The author captures the life, humor, wit, and pain of Clemons. Ron Powers good book could have been great. He spends too many pages trying to weave the man with his characters. In the end it feels like he is trying to pad the book. Too bad.
LibraryThing member joe718
"Mark Twain: A Life" is a highly detailed story of Twain/Clemens' unique life and his development as a man and a writer. Ron Powers offers a tremendously detailed account of Samuel Clemens' life and provides many insights about Clemens as a husband, a father, a friend, businessman, as well as an author. Powers clearly knows his subject and is quite fond of Clemens but offers a balanced portrait that is largely sympathetic but is not afraid to show the tempermental and abrasive side of Clemens as well. Clemens comes off as an often-brilliant writer, a loving husband and father, and an awful businessman. My only criticism would be that a few chapters seem a bit thin where more detailed information about Clemens' life was not available.… (more)
LibraryThing member michaelbartley
a nice read about mark twain, he was certainly the voice of the common person. along with henry james he brought amer. lit to the notice of the world. he was a huge figure, a real people mag personality in his age. he was also a supporter and voice of the powerless the helpless, the ones that had no one to speak for them, he spoke for them… (more)
LibraryThing member gmicksmith
With a Twainian twist or two in his own words Powers seeks to reveal the fascinating, contradictory, and ornery character that is Mark Twain. In this endeavor he is largely successful given the fact that Samuel Clemens was prolific yet enigmatic in many ways. Clemens is a true original, and about the finest writer America has produced. Controversy and acclaim followed him all his days and despite his written contributions he still has yet to be recognized as the iconoclast his is. The failure to appreciate Clemens is a result of the unfortunate tendency to judge him on the basis of contemporary issues and concerns and to overlook his originality and the striking force of his writing.

In this work then Powers has to reveal the Twain of the biography and allow Twain to be accepted on the basis of his life. The work then is mostly successful because Powers allows Twain to shine through. He mentions, but does not depreciate from Clemens the man, or Twain the writer.… (more)
LibraryThing member gayla.bassham
Well-written, insightful biography of Mark Twain, but super-long. I loved it but I was ready for it to be done about 150 pages from the end.
LibraryThing member drewandlori
A great biography of my all-time favorite author.
Fewer