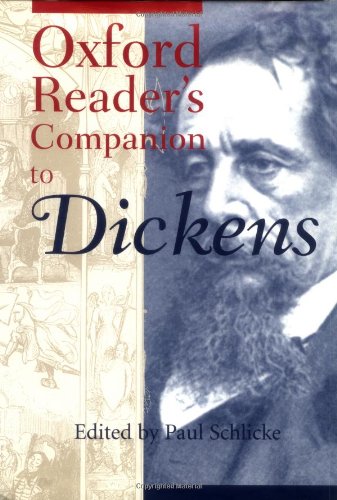 The Oxford Companion to Dickens (published in hardback as The Oxford Reader's Companion to Dickens) offers in one volume a lively and authoritative compendium of information about Dickens: his life, his works, his reputation and his cultural context. In addition to entries on his works, hischaracters, his friends and places mentioned in his works, it includes extensive information about the age in which he lived and worked: the people, events, and institutions which provided the context for his work; the houses he lived in, the countries he visited, the ideas he satirised, thecircumstances he responded to, the culture he participated in. Compiled by a distinguished editorial team, The Oxford Companion to Dickens provides a synthesis of the state of the art of Dickens studies and contains a more authoritative, concise, extensive and accessible range of information thanany other reference work on Dickens.… (more)