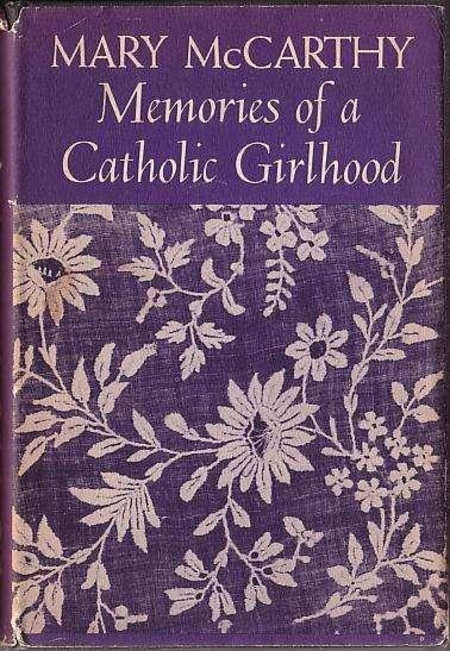 Memories of a Catholic girlhood

Tracing her moral struggles to the day she accidentally took a sip of water before her Communion--a mortal sin--Mary McCarthy gives us eight funny and heartrending essays about the illusive and redemptive nature of memory "During the course of writing this, I've often wished that I were writing fiction." Originally published in large part as standalone essays in the New Yorker and Harper's Bazaar, Mary McCarthy's acclaimed memoir begins with her recollections of a happy childhood cut tragically short by the death of her parents during the influenza epidemic of 1918. Tempering memory with invention, McCarthy describes how, orphaned at six, she spent much of her childhood shuttled between two sets of grandparents and three religions--Catholic, Protestant, and Jewish. One of four children, she suffered abuse at the hands of her great-aunt and uncle until she moved to Seattle to be raised by her maternal grandparents. Early on, McCarthy lets the reader in on her secret: The chapter you just read may not be wholly reliable--facts have been distilled through the hazy lens of time and distance. In Memories of a Catholic Girlhood, McCarthy pays homage to the past and creates hope for the future. Reminiscent of Nabokov's Speak, Memory, this is a funny, honest, and unsparing account blessed with the holy sacraments of forgiveness, love, and redemption. This ebook features an illustrated biography of Mary McCarthy including rare images from the author's estate.… (more)

LibraryThing member paulpekin
Haven't read this for a while, so I'm not going to summarize, just give an impression. The author lost her parents in the 1918 flu epidemic. What happens after their deaths is the essence of these stories, each of which comes with an introduction by the author telling us what is made up, what is possibly remembered incorrectly, and what almost certainly must be true. With that out of the way, the reader can sit back and enjoy. I recall these stories as being both funny and heartbreaking, and some of best writing of the period.… (more)
4 more
LibraryThing member Schmerguls
826 Memories of a Catholic Girlhood, by Mary McCarthy (read 19 Oct 1965) I disapproved of this book, since I disapprove of people losing their Catholic Faith. Wikipedia has an article on the book:
LibraryThing member JenLynnKnox
McCarthy combined long, sensual sentences with her strong, journalistic voice in this memoir.
LibraryThing member cindywho
I got suckered into reading another memoir, this time of a distant relative. It's a set of pieces that McCarthy had published mostly in the New Yorker with commentary in between about what was remembered and what was made up. Sometimes it was a slog, but most times a sad and funny glimpse into the life of a young woman between the wars.… (more)
LibraryThing member thesmellofbooks
An excellent collection of memoirs, though I would not want to have a relative take her razor-sharp pen thus to my character and ways. That said, the writing is not remorseless and cruel, but thoughtful and insightful, and in the retrospective notes McCarthy is more forgiving than many would be. The first two pieces are painful to read, as they depict the bleak time after her parents' deaths when she lived with relatives who were less comprehending and compassionate than we would hope orphaned children would be blessed with. I enjoyed the book very much all told and her reflections on her Catholic upbringing were illumiinating.… (more)
Fewer

How I Grew by Mary McCarthy
My First Cousin Once Removed: Money, madness, and the family of Robert Lowell by Sarah Payne Stuart
Eminent Victorians (Dover Books on Literature & Drama) by Lytton Strachey
Memoirs of Hecate County by Edmund Wilson
A severed head by Iris Murdoch
2 more
Axel's castle : a study in the imaginative literature of 1870-1930 by Edmund Wilson
Parallel lives : five Victorian marriages by Phyllis Rose
Fewer