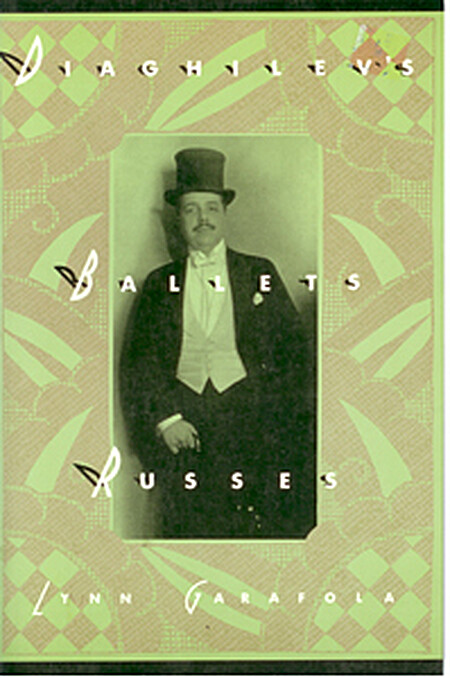 In the history of twentieth-century ballet, no company has had so profound and far-reaching an influence as the Ballets Russes. It existed for only twenty years--from 1909 to 1929--but in that brief period it transformed ballet into a vital, modern art. The Ballets Russes created the first of this century's classics: Les Sylphides, Firebird, Petrouchka, L'Après-midi d'un Faune, Le Sacre du Printemps, Parade, Les Noces, Les Biches, Apollo, and Prodigal Son, all of which continue to be performed today. It nurtured many of the century's greatest choreographers--Fokine, Nikinsky, Massine, Nijinska, and Balanchine--and through them influenced the direction of dance to this day. It brokered the century's most remarkable marriages between dance and the other arts, forging partnerships between composers such as Stravinsky, Debussy, Falla, Ravel, Prokofiev, and Satie, painters like Picasso, Bakst, Matisse, Derain, Braque, Gris and Rouault, and poets on the order of Hoffmansthal and Cocteau. From the dancers who passed through its ranks emerged the teachers and ballet masters who continued its work in cities large and small throughout the West. And, as if all this were not enough, the company also created a following for ballet that anticipated today's popular audiences. The era of the Ballets Russes is probably the most chronicled in dance history, yet this book is the first to explain the company as a totality--its art, enterprise, and audience. Taking a fresh look at familiar sources and incorporating fascinating archival material previously unexamined by Diaghilev scholars, Lynn Garafola paints an extraordinary portrait of the Ballets Russes, one that is bound to upset received opinion about the wellsprings and impact of early modernism. She traces the company's origins not only from Diaghilev and his circle but also from Fokine's revolutionary secession within the Russian Imperial Ballet, shows for the first time how the art of the Ballets Russes reflected its status as a complex economic enterprise, and reveals how Diaghilev created an audience that in turn shaped his company's changing identity. It is an amazing story with characters from all walks of life--titans of art, grandes dames of Continental society, anonymous stagehands, long-forgotten dancers, and theater managers from Monte Carlo to Tacoma--and Garafola tells it brilliantly. Anyone interested in our century's dance, music, art, fashion, and cultural history will have to read it.… (more)

Bronislava Nijinska--early memoirs by Bronislava Nijinska
Nijinsky by Richard Buckle
Choura: The Memoirs of Alexandra Danilova by Alexandra Danilova
The world of Serge Diaghilev by Charles Spencer
Balanchine: a biography by Bernard Taper
14 more
Secret muses : the life of Frederick Ashton by Julie Kavanagh
George Balanchine: The Ballet Maker (Eminent Lives) by Robert Gottlieb
George Balanchine, ballet master : a biography by Richard Buckle
Massine : a biography by Vicente García-Márquez
Nureyev, his life by Diane Solway
Winter Season: A Dancer's Journal by Toni Bentley
I remember Balanchine : recollections of a ballet master by those who knew him by Francis Mason
Ballets russes by Richard Shead
Dance is a contact sport by Joseph H. Mazo
Balletmaster : a dancer's view of George Balanchine by Moira Shearer
Holding on to the air : an autobiography by Suzanne Farrell
Dance writings by Edwin Denby
Apollo's angels : a history of ballet by Jennifer Homans
Mark Morris by Joan Ross Acocella
Fewer