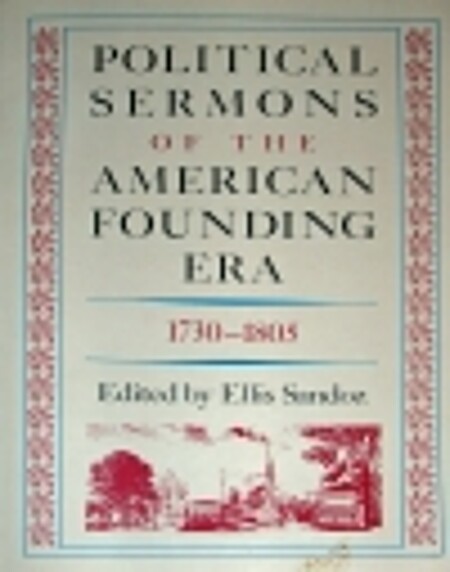 The early political culture of the American republic was deeply influenced by the religious consciousness of the New England preachers. Indeed, it was often through the political sermon -- the pulpit of the American Revolution -- that the political rhetoric of the period was formed, refined, and transmitted. And yet the centrality of religious concerns in the lives of eighteenth-century Americans is largely neglected. This has created a blind spot regarding the fundamental acts of the American founding.Political sermons such as the fifty-five collected in this volume are unique to America, in both kind and significance. This volume thus fills an important need if the American founding period is to be adequately understood.