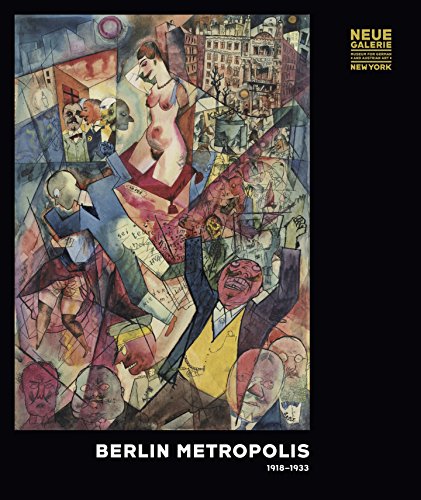 Between 1871 and 1919, the population of Berlin quadrupled and the city became the political center of Germany, as well as the turbulent crossroads of the modern age. This was reflected in the work of artists, directors, writers and critics of the time. As an imperial capital, Berlin was the site of violent political revolution and radical aesthetic innovation. After the German defeat in World War I, artists employed collage to challenge traditional concepts of art. Berlin Dadaists reflected upon the horrors of war and the terrors of revolution and civil war. Between 1924 and 1929, jazz, posters, magazines, advertisements and cinema played a central role in the development of Berlin's urban experience as the spirit of modernity took hold. The concept of the Neue Frau -the modern, emancipated woman-helped move the city in a new direction. Finally, Berlin became a stage for political confrontation between the left and the right and was deeply affected by the economic crisis and mass unemployment at the end of the 1920s. This book explores in numerous essays and illustrations the artistic, cultural and social upheavals in Berlin between 1918 and 1933 and places them in a broader historical framework.… (more)