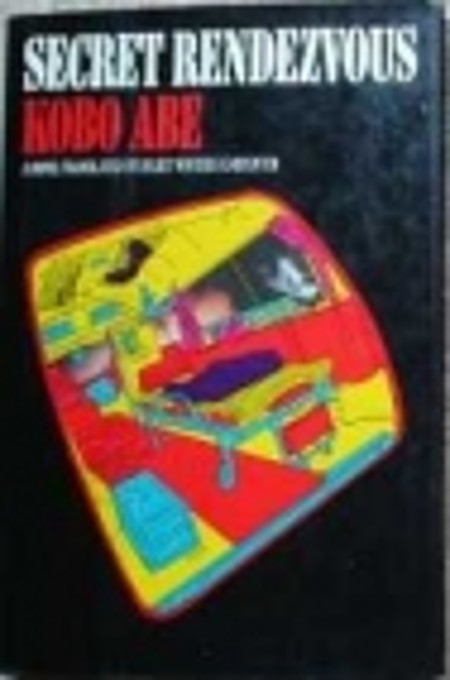 From the acclaimed author of "Woman in the Dunes" comes Secret Rendezvous,"" the bizarrely erotic and comic adventures of a man searching for his missing wife in a mysteriously vast underground hospital.From the moment that an ambulance appears in the middle of the night to take his wife, who protests that she is perfectly healthy, her bewildered husband realizes that things are not as they should be. His covert explorations reveal that the enormous hospital she was taken to is home to a network of constant surveillance, outlandish sex experiments, and an array of very odd and even violent characters. Within a few days, though no closer to finding his wife, the unnamed narrator finds himself appointed the hospital's chief of security, reporting to a man who thinks he's a horse. With its nightmarish vision of modern medicine and modern life, Secret Rendezvous is another masterpiece from Japan's most gifted and original writer of serious fiction.… (more)

LibraryThing member SqueakyChu
For those of you familiar with the works of Kobo Abe, be prepared for another wild ride in Secret Rendevous. Our narrator, "the man", is in search of his wife. She had been transported away from home by ambulance in the middle of the night although no one reported a medical emergency nor had anything been wrong with her. In the morning, "the man" decides to follow up on his wife's mysterious disappearance.

"The man" finds the hospital into which he believes his wife disappeared and begins more earnest attempts to find her. His search is bizarre. He is told by his friend, "the horse", to keep a notebook of his quest and record himself in the third person (hence "the man"). What ensues is a strange, sexy, almost funny search through a hospital which we soon realize is actually some sort of a labyrinth.

This book is divided into three notebooks and an epilogue. You probably will have no idea what's going on until you begin the third notebook. It's all very confusing, but I think I did well in trying to understand it. I've given up trying to understand Abe's works while I read them, however I find them to be exceptionally well written, detailed, and of great interest.

Is this novel a social satire? I don't know. As in The Woman in the Dunes and The Box Man, two other works of Abe which I found intriguing, this is a genuinely fun work to attempt to decipher. Try it!… (more)
1 more
LibraryThing member LizaHa
The feelings of it make sense, but I could not say what the facts were.
Fewer

Naomi by Junʾichirō Tanizaki
Beauty and Sadness by Yasunari Kawabata
Nip the Buds, Shoot the Kids by Kenzaburo Oe
Teach us to outgrow our madness by Kenzaburo Oe
Kokoro by Natsume Soseki
3 more
Botchan by Sōseki Natsume
When I Whistle by Shusaku Endo
Death in midsummer, and other stories by Yukio Mishima
Fewer