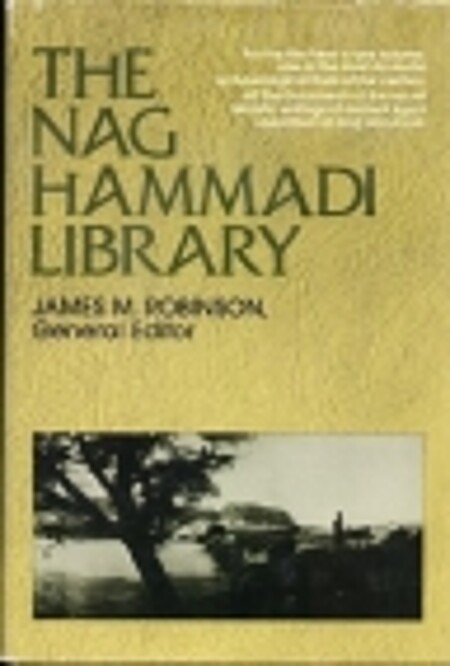 The Nag Hammadi library in English

He Nag Hammadi Library was discovered in 1945 buried in a large stone jar in the desert outside the modern Egyptian city of Nag Hammadi. It is a collection of religious and philosophic texts gathered and translated into Coptic by fourth-century Gnostic Christians and translated into English by dozens of highly reputable experts. First published in 1978, this is the revised 1988 edition supported by illuminating introductions to each document. The library itself is a diverse collection of texts that the Gnostics considered to be related to their heretical philosophy in some way. There are 45 separate titles, including a Coptic translation from the Greek of two well-known works: the Gospel of Thomas, attributed to Jesus' brother Judas, and Plato's Republic. The word gnosis is defined as "the immediate knowledge of spiritual truth." This doomed radical sect believed in being here now--withdrawing from the contamination of society and materiality--and that heaven is an internal state, not some place above the clouds. That this collection has resurfaced at this historical juncture is more than likely no coincidence. --P. Randall Cohan --This text refers to the Paperback edition.… (more)

The 100 Most Influential Books Ever Written: The History of Thought from Ancient Times to Today

The five Gospels : the search for the authentic words of Jesus : new translation and commentary by Robert W. Funk
The Historical Jesus : the life of a Mediterranean Jewish peasant by John Dominic Crossan