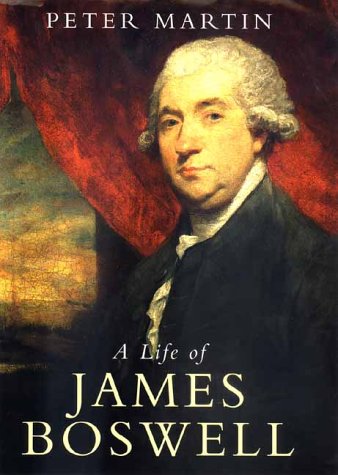 A life of James Boswell

For almost one hundred and fifty years after his death, James Boswell (1740-1795) was known chiefly as the author of one of the supreme achievements in biography, The Life of Samuel Johnson (1791). During that time 'Bozzy' was also denigrated as a moral reprobate and his great biography grudgingly allowed to be an accidental work of genius written by a buffoon and fool. Then in the 1920s and '30s in Ireland and Scotland came sensational discoveries of masses of his papers, including the copious personal journals he kept for most of his life, long thought to have been destroyed. With their publication, he has emerged as not only one of the most knowable human beings but also a writer of the highest order. They reveal him as the rarest and most complex of human beings: a man of eternal boyhood, loved and admired for his geniality and high spirits, yet also mocked and chastened by people who could or would not understand him. His life traced violent conflicts and grotesque juxtapositions; he was a study in volatility, a loose cannon to be kept at arm's length, a 'singular' man who could both endear and repel.In this moving biography, Peter Martin assesses Boswell's literary achievements and uncovers the pulsating and dynamic world he thrived in, from the royal courts and the drawing rooms of fashionable ladies and gentlemen to the fleshpots of London's unsavoury underworld and the chambers of the insane. He also poignantly reveals a man in agony, easily misunderstood, relentlessly plagued by hypochondria or melancholia, buffeted like a straw in the wind by a multitude of anxieties and 'horrible imaginings'.… (more)

LibraryThing member bbrad
We think of Boswell as one of the renowned biographers in the English language, so a biographer OF him faces a high hurdle. Peter Martin does a fine job, primarily because Boswell left such a plethora of rich primary material for a biographer to mine. Beginning as a young man, Boswell kept a detailed journal, most of it surviving, and, like most gentry of his time, he was a prolific letter writer, and much of the correspondence also survives. Martin plumbs those sources, as well as the letters and other writings of Boswell's contemporaries, particularly, of course, Dr. Johnson.

The man who emerges from these writings is a failure in almost everything he attempts, but for his majestic "The Life of Samuel Johnson", its precursor, "The Journal of a Tour to the Hebrides" and various other journals, published long after his death.

He was of Scottish nobility, but yearned for London life and was bored in Edinburgh and his family estate in southern Scotland. He reluctantly trained as a lawyer (like his father), but he did not like law practice and never earned much of a living from it. When he inherited the family estate late in life, with its many tenants and thousands of acres, he could not earn enough from it to pay the bills, and he was constantly plagued by debt.

He strove for a public positoin, but his obsequious inquiries of powerful men to that end produced nothing. His attempt at an elected position uttterly failed. He had a wife and five children, whom he loved, but his philandering with "strumpets" never stopped, and his eighteen gonorrheal infections are duly recorded in his journals. His daughters either died early, lived a spinster life or married unwisely. His sons fared somewhat better, but the heir of the family estate died in debt, and a second son, an accomplished Shakespeare scholar, also died in debt.

But we are fascinated by Boswell, and learn to love him, because of the candor and perceptivity of his journals as they chronicle a life desperate to succeed. Along the way Boswell meets almost every person of note in English and Scottish eighteenth century intellectual and political life, as well as other luminaries such as Rousseau, Voltaire and Benjamin Franklin. And, of course, the tale of his friendship with Dr. Johnson thrust biography in a new direction and is still a joy to read.… (more)