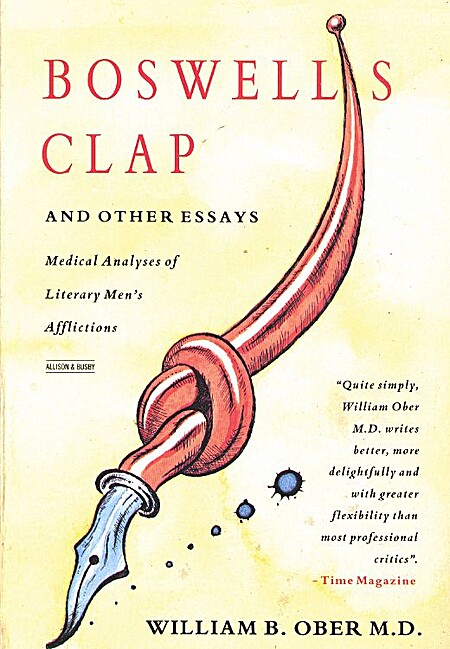 by William B. Ober

In this cock to Aesculapius, a distinguished pathologist shows how simple medical analyses can be applied centuries later to reconstruct the scene and assign a more probable cause of disability or death.The ten essays selected for this volume range from an investigation of Boswell s repeated infection with gonorrhea to a critical examination of Plato s account of Socrates death in the "Phaedo, "subjects both ancient and modern. Other essays include studies of the ailments of two medical doctorsWilliam Carlos Williams and Chekhovand the disabilities of Swinburne, Lawrence, Rochester, Shadwell, Keats, Collins, Cooper, and Smart.Documenting a wealth of physical and psychological symptoms that bear directly upon the writer s work when there is a medical question, Dr. Ober writes, consult a doctor Dr. Ober diagnoses Swinburne s masochism and penchant for writing flagellatory verse and facetiae as the combined results of anoxic brain damage at birth, sexual impotence, and the exposure to flagellation at public school. D. H. Lawrence s dirty words, he finds, stemmed from Lawrence s psychological needs. Lawrence wrote "Lady Chatterley s Lover "while tuberculosis was weakening him physically, and the combination of his repressed homosexual tendencies and sexual impotence distorted his view of sexual relations. Rochester s bisexuality and double life were at the root of his experience, celebrated in his poetry, of premature ejaculation, Dr. Ober shows. Dr. Ober also shatters two legends by proving that Shadwell did not die of self-administered laudanum and that Socrates death was not reported accurately by Plato.A pathologist by training and practice, more specifically a histopathologist, Dr. Ober has spent most of his life trying to diagnose diseases by looking through a microscope at pieces of tissue removed from the human body by biopsy, at surgery or autopsy. By applying medical analyses, and evidence from other disciplines as well, Dr. Ober scrutinizes selected literary subjects and brings to their mind-body problems new and often astonishing interpretations."… (more)