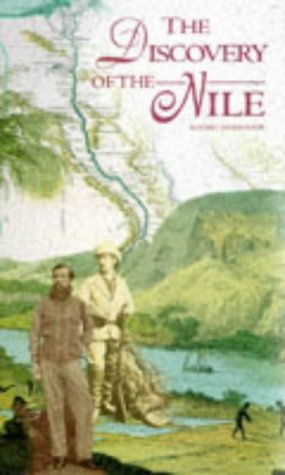 The discovery of the Nile

"For millennia, the Nile was the world's most intriguing geographic enigma. Where on earth might lie the source of such a powerful river? Roman legionnaires, Portuguese Jesuits, Scots, and Frenchmen all tried in vain to reveal the great river's secret; all were defeated by impassable swamps or diverted along dead-end branches. It was not until the mid-nineteenth century - almost 400 years after the discovery of America - that the mystery was resolved, thanks to the efforts of the British explorers Sir Richard Burton, John Hanning Speke, James Augustus Grant, and Samuel White Baker." "The Discovery of the Nile tells their stories and those of all the other adventurers who tackled the secret of the source. It also recounts the gradual exploration of the course of the river and its tributaries, from the ancient Egyptians to the Napoleonic conquest, from the British expedition to Abyssinia to the Egyptian invasion of Sudan, from the slave and ivory trades to the epic death of General Charles George Gordon at Khartoum, from the stories of the stranded white men "rescued" by Henry Morton Stanley after a march of thousands of miles across the Congo, to the reconquest of the Sudan by the British."--BOOK JACKET.… (more)

The Blue Nile by Alan Moorehead
The Rape of the Nile: Tomb Robbers, Tourists, and Archaeologists in Egypt by Brian M. Fagan
Letters from Egypt: A Journey on the Nile, 1849-50 by Florence Nightingale
Voyages of Discovery : Three Centuries of Natural History Exploration by A.L. Rice