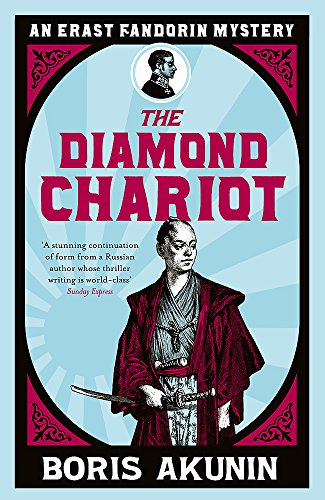 The first of the interlinked plotlines is set in Russia during the Russo-Japanese War in 1905. Fandorin is charged with protecting the Trans-Siberian Railway from Japanese sabotage in a pacy adventure filled with double agents and ticking bombs. Then we travel back to the Japan of the late 1870s. This is the story of Fandorin's arrival and life in Yokohama, his first meeting with Masa and the martial arts education that came in so handy later. He investigates the death of a Russian ship-captain, fights for a woman, exposes double-agents in the Japanese police, fights against, and then with the ninjas, and becomes embroiled in a shocking finale that interweaves the two stories and ties up the series as a whole.

LibraryThing member Clara53
An amazing book!!! One of his best.