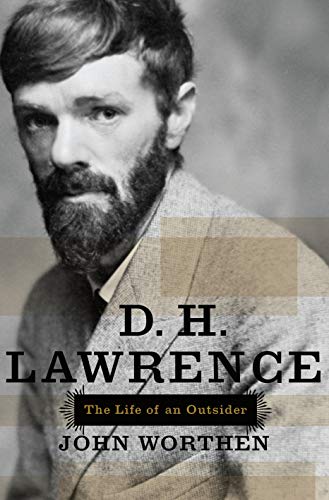 D.H. Lawrence : the life of an outsider

John Worthen tells Lawrence's story from the inside for the first time: following him from his awkward and intense youth in a Midland colliery town, through period in which he produced his most vital and provocative writing and the years of exile abroad, to his premature death from TB in the South of France at the age of 44. He offers a bold reappraisal of the man who, throughout his life, considered himself to be an outsider and whose place within literary and social history has remained challenging and changeable even after his death. What emerges is an intimate and absolutely compelling study of a man in angry revolt against his class, culture and country, and engaged in a passionate struggle to live in accordance with his beliefs.

The Priest of Love: A Life of D. H. Lawrence by Harry Thornton Moore
Genet : a biography by Edmund White
Lawrence and the Women: The Intimate Life of D.H. Lawrence by Elaine Feinstein
Virginia Woolf by Hermione Lee
W.B. Yeats: A Life by R. F. Foster
2 more
Dickens : a biography by Fred Kaplan
Damned to fame : the life of Samuel Beckett by James Knowlson
Fewer