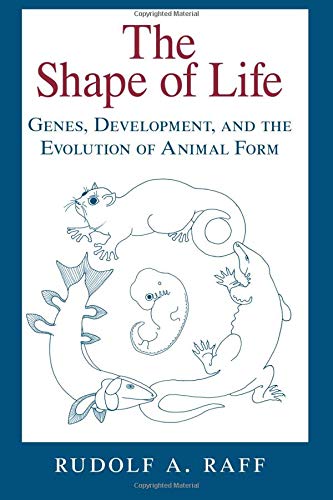 The shape of life : genes, development, and the evolution of animal form

by Rudolf A. Raff

Rudolf Raff is recognized as a pioneer in evolutionary developmental biology. In their 1983 book, Embryos, Genes, and Evolution, Raff and co-author Thomas Kaufman proposed a synthesis of developmental and evolutionary biology. In The Shape of Life, Raff analyzes the rise of this new experimental discipline and lays out new research questions, hypotheses, and approaches to guide its development. Raff uses the evolution of animal body plans to exemplify the interplay between developmental mechanisms and evolutionary patterns. Animal body plans emerged half a billion years ago. Evolution within these body plans during this span of time has resulted in the tremendous diversity of living animal forms. Raff argues for an integrated approach to the study of the intertwined roles of development and evolution involving phylogenetic, comparative, and functional biology. This new synthesis will interest not only scientists working in these areas, but also paleontologists, zoologists, morphologists, molecular biologists, and geneticists.… (more)

Endless Forms Most Beautiful: The New Science of Evo Devo and the Making of the Animal Kingdom by Sean B. Carroll
Climbing mount improbable by Richard Dawkins
On growth and form by D'Arcy Wentworth Thompson