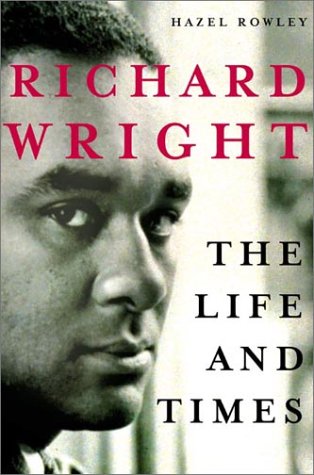 Richard Wright : the life and times

""How in hell did you happen?" the Chicago sociologist Robert Park once asked Richard Wright. Hazel Rowley shows how, chronicling with the dramatic drive of a novel Wright's extraordinary journey from a sharecropper's shack in Mississippi to international renown as a writer, fiercely independent thinker, and outspoken critic of racism." "The author draws on recently discovered material to shed new light on Wright's relationships with a variety of women, including Carson McCullers, Gertrude Stein, and his longtime wife, Ellen Poplowitz, and male friends such as Langston Hughes, Nelson Algren, Ralph Ellison, and his occasional critic, James Baldwin. To Simone de Beauvoir and the existentialists it was Richard Wright, more than any other American writer, who was writing the "committed literature" they admired."--BOOK JACKET.… (more)