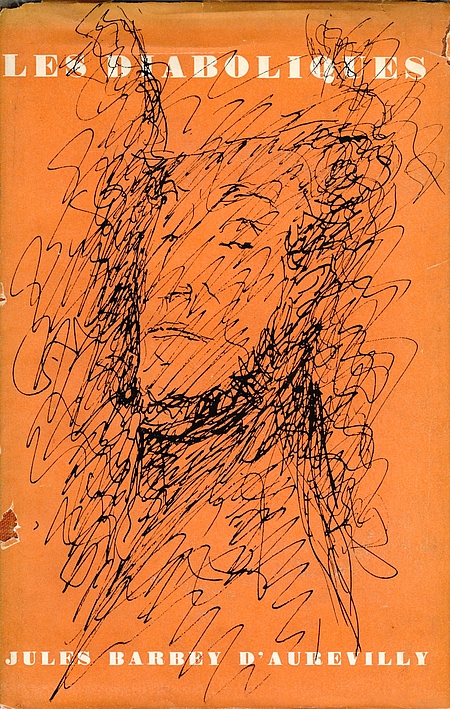 With its six trenchant tales of perverse love, Diaboliques proved so scandalous on its original appearance in 1874 that it was declared a danger to public morality and seized on the grounds of blasphemy and obscenity. More shocking in our day is how little known this masterpiece of French decadent fiction is, despite its singular brilliance and its profound influence on writers from Charles Baudelaire to Marcel Proust, Oscar Wilde, J. K. Huysmans, and Walter Benjamin. This new, finely calibrated translation--the first in nearly a century--returns Jules Barbey d'Aurevilly's signature collection to its rightful place in the ranks of literary fiction that tests the bounds of culture.Psychologically intense in substance and style, the stories of Diaboliques combine horror, comedy, and irony to explore the affairs and foibles of men and women whose aristocratic world offers neither comfort nor protection from romantic failure or sexual outrage. Conquest and seduction, adultery and revenge, prostitution and murder--all are within Barbey d'Aurevilly 's purview as he penetrates the darker recesses of the human heart. Raymond N. MacKenzie, whose deft translation captures the complex expression of the original with its unique blend of the literary high and low, also includes an extensive introduction and notes, along with the first-ever translation of Barbey d'Aurevilly's late story "A Page from History"and the important preface to his novel The Last Mistress.… (more)

LibraryThing member NancyKay_Shapiro
In a similar manner to "Les Liaisons Dangeruese", this collection of 7 long stories presents a 19th century French aristocratic milieu that is elegant, subtle, and cold as ice. The She-Devils in each story are women who exert some memorable and remarkable effect on a male raconteur. Each story is more violent, overwrought, and improbable than the one before; they're never less than engrossing, and even funny in a utterly caustic way (D'Aurevilly is chuckling as he writes, but no one IN the stories seems to have much sense of humor.) Love and sexuality are presented as absolutely cruel drivers with nothing redeeming about them; relationships even between parents and children are selfish and egoistic.

I loved reading this. I wouldn't want to live in the world of these stories, but they were hella entertaining.… (more)
1 more
LibraryThing member Widsith
He felt that this woman was going to tell him about things the like of which he’d never heard. He was no longer thinking about her beauty. He was looking at her as if he wanted to attend her autopsy.
[“Il lui semblait que cette femme allait lui raconter de ces choses comme il n’en avait pas entendu encore. Il ne pensait plus à sa beauté. Il la regardait comme s’il avait désiré assister à l’autopsie de son cadavre.”]

I once heard someone explain what ‘rococo’ meant by saying that it’s what happens when the baroque out-baroques itself. Barbey d’Aurevilly is what happens when the Romantic movement out-Romantics itself. These stories are obsessed with the Romanticism of high emotion and the sublime – only here it’s all much darker and more ‘decadent’: le sublime de l’enfer, as Barbey calls it at one point.

Each story centres on a woman whose passions prove fatal, for her or for someone else. But although the women are so central to what happens, they are without exception remote and unknowable, with utterly mysterious motives – almost like characters from a Norse saga. We know them only through the men that endlessly discuss them, lust after them, or hate them. They are – brace yourself as I reach for this adjective – positively sphingine, by which I mean cool, beautiful, mysterious and deadly.

Nothing interior illumated the outside of this woman. And nothing from the outside had any effect on her interior.
[“Rien du dedans n’éclairait les dehors de cette femme. Rien du dehors ne se répercutait au-dedans !”]

In the first story, ‘The Crimson Curtain’, the woman around whom the entire plot revolves does not speak even a single line. Although not the most shocking, this tale was in some ways my favourite, and passed the test of a good short story – that it works perfectly as an anecdote. I told it to my wife over a pint in the pub and she had her hand over her mouth for much of it. It bears an uncanny resemblance to the ‘Vincent Vega and Marcellus Wallace’s Wife’ chapter of Pulp Fiction, in that they both concern an illicit liaison that takes a sudden (very similar) U-turn for the worse.

The ending of that piece is very artful – in that almost everything that matters is left unresolved and up in the air. It’s an effect I like very much, and which Barbey deploys at several points throughout the book. There is a very modern feeling that what is left unsaid is much more exciting than any resolution could ever be – ‘what is not known,’ the narrator says somewhere, ‘multiplies by a hundred the impression of what is known.’

So you end up in this rather oppressive world of suspicion, rumour, and frightful supposition, peopled by these strange sphinxy women and the Byronic protagonists who are fascinated by them.

All but one of the stories are bracketed in reported speech from one of the characters, and with some longish introductions you might be tempted to wonder why the author doesn’t just hurry up and get on with it. But after a while, there emerges a strong sense that having these stories come out ‘in conversation’ is very important to Barbey – Les Diaboliques is, among other things, a love letter to the art of sparkling conversation, what he calls ‘the last glory of the French spirit’. (The orignal title for the collection was Conversational Ricochets.) Conversation is the primary tool on display here, although ‘At a Dinner of Atheists’ does open on a wonderful descriptive passage about a Valognes church at dusk which makes me wonder what might be on offer in his other books.

For all that these conversations may seem hopelessly dated to some readers now, there is a real cumulative effect building as you work your way through, and the last couple of stories here pack quite a punch. Impossible to imagine anything like this being published in England in 1874. ‘A Woman’s Vengeance’, the final piece, takes the clichéd 19th-century narrative of the poor innocent girl forced into a life of prostitution (Fantine from Les Misérables, for instance – a book which Barbey loathed) and turns it on its head in the most remarkable way. It takes in a surprisingly frank sex scene and includes a moment of almost medieval violence and jealousy.

Barbey was basically a royalist disillusioned by France's endless social revolutions, and he was sceptical about life in a democratic future. Instead of cheap moralising and hookers with hearts of gold, he gives you deep emotional doubt and damaged, incomprehensible strangers. Passion may drive these people to excesses of lust, intrigue and horror – but at their worst, Barbey seems to feel they are also at their most essentially human – beyond society’s conventions, and perhaps even, in some way that we are not, free.… (more)
Fewer