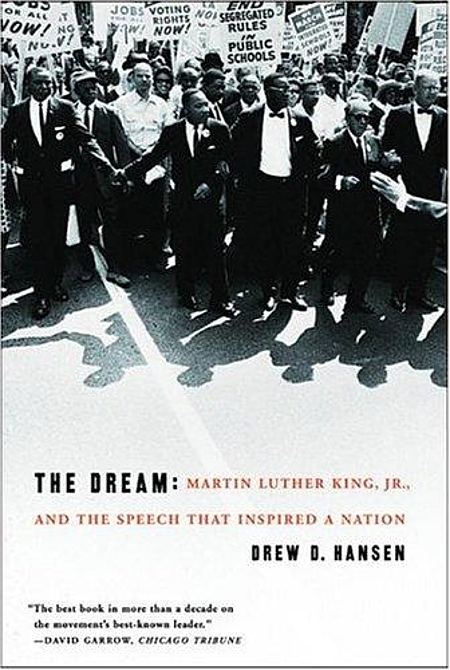 The dream : Martin Luther King, Jr., and the speech that inspired a nation

A riveting account of the origins and legacy of "I Have a Dream" Forty years ago, Martin Luther King, Jr. electrified the nation when he delivered his "I Have a Dream" speech from the steps of the Lincoln Memorial. King's prophetic utterances started the long overdue process of changing America's idea of itself. His words would enter the American lexicon, galvanizing the civil rights movement, becoming a touchstone for all that the country might someday achieve. The Dream is the first book about Martin Luther King, Jr.'s legendary "I Have a Dream" speech. Opening with an enthralling account of the August day in 1963 that saw 250,000 Americans converge at the March on Washington, The Dream delves into the fascinating and little-known history of King's speech. Hansen explores King's compositional strategies and techniques, and proceeds to a brilliant analysis of the "I Have a Dream" speech itself, examining it on various levels: as a political treatise, a work of poetry, and as a masterfully delivered and improvised sermon bursting with biblical language and imagery. In tracing the legacy of "I Have a Dream" since 1963, The Dream insightfully considers how King's incomparable speech "has slowly remade the American imagination," and led us closer to King's visionary goal of a redeemed America.… (more)

LibraryThing member Whisper1
Excellently written, engaging and informative, this book focuses on Martin Luther King's speech made at the Lincoln Memorial in Washington, DC on August 28, 1963.

Taking paragraphs of the speech with clarity, the author outlines the meaning and impact on not only those in attendance, but those of us who have heard references to the speech long after the actual event.

Interestingly, while most focus on the "I Have a Dream" portion of MLK's speech, his original text did not include this well-known part of the speech. Noting that he felt spiritually driven to include these words, so much more of the powerful speech is unknown and unquoted.

With a booming voice and knowledge of how to reach a crowd, King clearly outlined what was due the negro in America. Not only should there be white and black holding hands, not only should there be judgement of character rather than judgment of skin color, but in addition, there should be a fair share of the economic system for Negros who were living in base poverty. There should be a commitment to adhere to the constitution that ALL men are created equal with rights for ALL.

Over a quarter of a million people marched peacefully on Washington. There was no violence, nor was there brutality. John F. Kennedy gave approval for the march. Within a short period of time Bayard Rustin expertly coordinated all the details of how to accommodate what they hoped would be a large crowd.

As a result, while Kennedy did not live to see the enactment, The Civil Rights bill was headed for legislation.

There was a hope that no more dogs, fire hoses and clubbing would occur when non violent marches were held, simply because the Negro was asking for the rights that white people enjoyed.

ALA Outstanding Books for the College Bound

A way out of no way : the spiritual memoirs of Andrew Young by Andrew Young
At Canaan's Edge: America in the King Years, 1965-68 by Taylor Branch