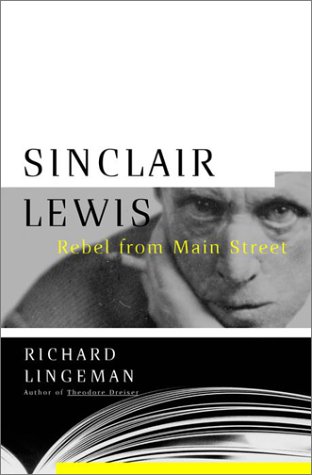 "The critic Edmund Wilson called Sinclair Lewis "one of the national poets." In the 1920s, Lewis fired off a fusillade of sensational novels, exploding American shibboleths with a volatile mixture of caricature and photographic realism. With an unerring eye for the American scene and an omnivorous ear for American talk, he mocked such sacrosanct institutions as the small town (Main Street), business (Babbitt), medicine (Arrowsmith), and religion (Elmer Gantry). His shrewdly observed characters became part of the American gallery, and his titles became part of the language." "Bringing to bear newly uncovered correspondence, diaries, and criticism, Richard Lingeman, distinguished biographer of Theodore Dreiser, paints a sympathetic portrait - in all its multihued contradictions - of a seminal American writer who could be inwardly the loneliest of men and outwardly as gregarious as George Follansbee Babbitt himself. Lingeman writes with sympathy and understanding about Lewis's losing struggle with alcoholism; his stormy marriages, including one to the superwoman Dorothy Thompson, whose fame as a newspaper columnist in the 1930s outshone Lewis's fading star as a novelist; and his wistful, autumnal love for an actress more than thirty years younger than he."--Jacket.… (more)