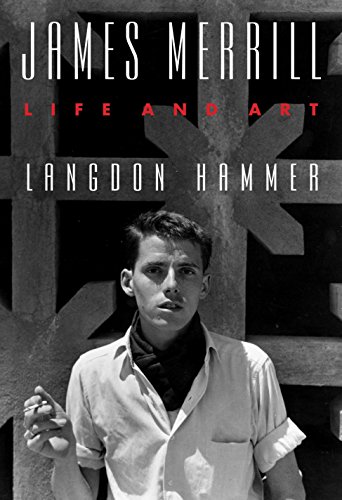 "The first biography of one of the most important poets in the second half of the twentieth century, whose life story is unparalleled in its narrative interest. The story of James Merrill (1926-1995) is that of a young man escaping, but inevitably reproducing, the energies and obsessions of glamorous, powerful parents (his father founded Merrill Lynch); of a gay man inventing his identity against a shifting social and sexual backdrop; and of a brilliantly gifted poet testing the redemptive potential of his art. We see how Merrill, freed from having to work for a living, made his life itself a kind of work. After Amherst and a period of adventure in Italy, he returned to the New York art world of the 1950s (he met W. H. Auden, Tennessee Williams, Truman Capote, Larry Rivers) and began publishing his poems, novels, and plays. In 1953, he fell in love with budding writer David Jackson, who remained his companion for forty years while they explored "boys and bars" in Greece and elsewhere. At the same time, they were talking to the spirits of the otherworld using a Ouija board, which became an improbable source of poetic inspiration for Merrill. In his many collections of poetry and the candid letters and diaries that enrich every page of this deliciously readable life, Merrill created a prismatic art of multiple perspectives. Holding that life and art together in a complex, evolving whole, Langdon Hammer illuminates Merrill's "chronicles of love & loss" and the remarkable personal journey they record"--"A biography of the acclaimed poet James Merrill"--… (more)

LibraryThing member FKarr
I enjoyed this book. Merrill's life was fascinating. This biography gave an excellent mix of the personal, the public, and the poetic. It did not however make the poems anymore accessible or enjoyable for me.