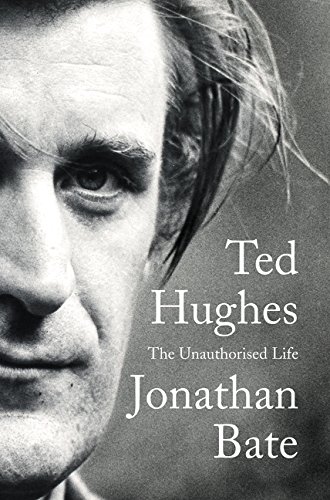 "Ted Hughes, Poet Laureate, was one of the greatest writers of the twentieth century. He was one of Britain's most important poets, his work infused with myth; a love of nature, conservation, and ecology; of fishing and beasts in brooding landscapes.With an equal gift for poetry and prose, and with a soul as capacious as any poet in history, he was also a prolific children's writer and has been hailed as the greatest English letter-writer since John Keats. His magnetic personality and insatiable appetite for friendship, love, and life also attracted more scandal than any poet since Lord Byron. His lifelong quest to come to terms with the suicide of his first wife, Sylvia Plath, is the saddest and most infamous moment in the public history of modern poetry.Hughes left behind a more complete archive of notes and journals than any other major poet, including thousands of pages of drafts, unpublished poems, and memorandum books that make up an almost complete record of Hughes's inner life, which he preserved for posterity. Renowned scholar Jonathan Bate has spent five years in the Hughes archives, unearthing a wealth of new material. His book offers, for the first time, the full story of Hughes's life as it was lived, remembered, and reshaped in his art. It is a book that honors, though not uncritically, Hughes's poetry and the art of life-writing, approached by his biographer with an honesty answerable to Hughes's own"-- "A biography of poet Ted Hughes that includes revelatory new information about his relationship with Sylvia Plath, written while consulting the just-opened Hughes archives in the British Library and at Emory University"--… (more)

Sylvia Plath: A biography by Linda Wagner-Martin
The silent woman : Sylvia Plath & Ted Hughes by Janet Malcolm
Penelope Fitzgerald: A Life by Hermione Lee
My life in Middlemarch by Rebecca Mead
The mighty dead : why Homer matters by Adam Nicolson
1 more
The journals of Sylvia Plath, 1950-1962 by Sylvia Plath
Fewer