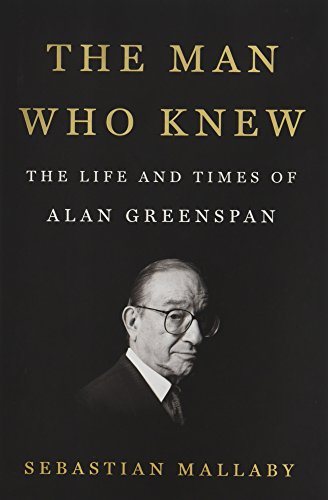 The man who knew : the life and times of Alan Greenspan

LibraryThing member kerns222
Mallaby spend much time trying to shield GS from criticism over the monster recession after the subprime fiasco bubble. It seems GS knew, but did not do or was unable to do anything about it.
Many details, many damning, at least to me, about an man whose best trait was that he was not as arrogant as Kissinger. Compassion was not his middle name.
You get side looks at Reagan, Nixon and Ford and realize that the prez often knows diddly.
And it's a long read on very good paper, if you get the hardbound.… (more)

Volcker : the triumph of persistence by William L. Silber
Kissinger by Niall Ferguson
Deng Xiaoping and the transformation of China by Ezra F. Vogel
John Maynard Keynes : a biography. Vol. 2, The economist as saviour, 1920-1937 by Robert Jacob Alexander Skidelsky