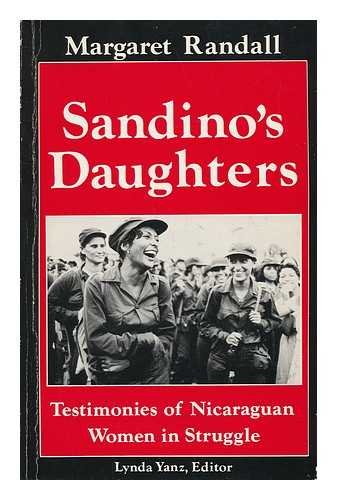 "A collection of varied and amazing lives, all bent on shaping history. Together, these experienced, undeterred Nicaraguan women offer powerful clues about a truly revolutionary and democratizing feminism."--Adrienne Rich "If it were not for writers like Margaret, how would women around the world find each other when there is such an institutional effort to keep us apart and silent? Here Margaret brings us the voice of Sandino's daughters, honoring his hat and wearing their own, wiser now, having been part of political and personal revolution."--Holly Near "Powerful, moving, and challenging. Everyone interested in decency and justice will want to read Sandino's Daughters Revisited."--Blanche Wiesen Cook Sandino's Daughters, Margaret Randall's conversations with Nicaraguan women in their struggle against the dictator Somoza in 1979, brought the lives of a group of extraordinary female revolutionaries to the American and world public. The book remains a landmark. Now, a decade later, Randall returns to interview many of the same women and others. In Sandino's Daughters Revisited, they speak of their lives during and since the Sandinista administration, the ways in which the revolution made them strong--and also held them back. Ironically, the 1990 defeat of the Sandinistas at the ballot box has given Sandinista women greater freedom to express their feelings and ideas. Randall interviewed these outspoken women from all walks of life: working-class Diana Espinoza, head bookkeeper of a employee-owned factory; Daisy Zamora, a vice minister of culture under the Sandinistas; and Vidaluz Meneses, daughter of a Somozan official, who ties her revolutionary ideals to her Catholicism. The voices of these women, along with nine others, lead us to recognize both the failed promises and continuing attraction of the Sandinista movement for women. This is a moving account of the relationship between feminism and revolution as it is expressed in the daily lives of Nicaraguan women.… (more)