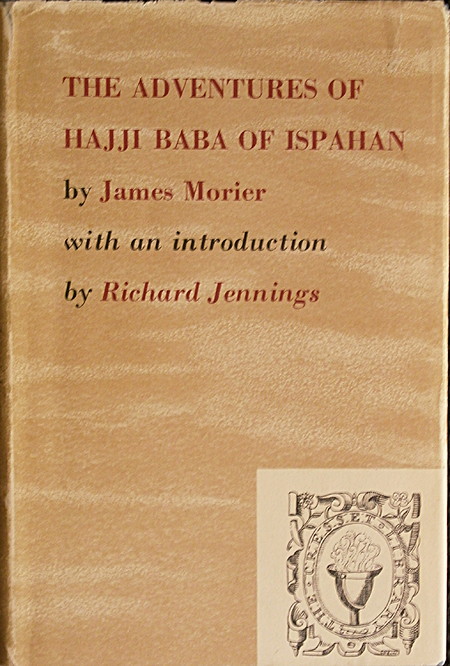 The Adventures of Hajji Baba of Ispahan

Full of rip-roaring exploits, witty satire, and nimble humor, this classic work of fiction, first published in 1824, launches readers along on the rags-to-riches escapades of Hajji Baba, the lazy son of a barber, as he seeks his fortune... but only if it doesn't demand too much work of him. James Morier's journeys through the Middle East as a representative of the British government lent him an extensive and intimate knowledge of Iranian culture, one that he used to great effect in his writing. The translation into Persian of Hajji Baba is, in fact, considered one of the masterpieces of the 19th-century literature of the language, with many native speakers unaware that it was originally penned by a visiting Englishman. Long out of print, this wild novel is sure to delight new generations of armchair adventurers. English author, diplomat, and adventurer JAMES JUSTINIAN MORIER (1780-1849) served as the British ambassador to the court of Persia from 1810 to 1816. He is also remembered for his memoir A Journey through Persia, Armenia and Asia Minor to Constantinople in 1808.… (more)

Tales of the Alhambra by Washington Irving
Typee, a peep at Polynesian life by Herman Melville
Penguin Island by Anatole France
The later adventures of Sherlock Holmes by Sir Arthur Conan Doyle