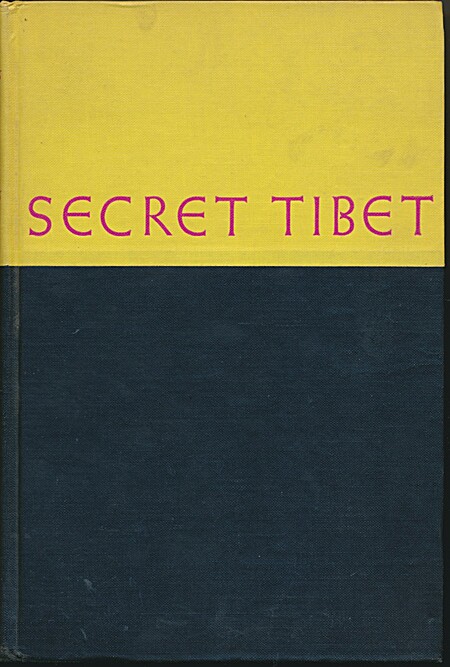 "Fosco Maraini visited Tibet in 1937 and again in 1948. In 1951 he published Secret Tibet, an account that was a synthesis of the two journeys. After an interval of close on 50 years he returned to the text to revise, augment and update it in the light of the bruising historical realities of the Chinese occupation and the destruction of much of Tibet's cultural heritage, particularly during the violence of the "Cultural Revolution."" "This book is not a guidebook: the author's studies and journeys concentrated on the valleys and passes that bring travellers from India via Sikkim on their way to the forbidden city of Lhasa. Maraini spent much time in villages and monasteries along the way, at Gangtok, Phari, Iwang and Gyantse in particular. Lhasa he never reached. So how can he call his book "Secret Tibet"? Because he arrived commanding a serviceable knowledge of the language and with no need for interpreters was able to make a warm and fulfilling human contact with men and women representing the very soul of the nation - lamas, scholars, merchants, herdsmen, peasants, children, villains and even princesses. Above all he penetrates the secrets that make Tibetan Buddhism not only the sheet anchor for the nation's sense of identity but indeed a religion and philosophy as intriguing as it is paradoxical. In a closing chapter that briefly rehearses the history of Tibet, Maraini considers the Chinese claims for annexing the country and dismantles them with lapidary authority." "The photographs taken by the author now stand in many instances as a unique record of religious artefacts irrecoverably destroyed."--BOOK JACKET.Title Summary field provided by Blackwell North America, Inc. All Rights Reserved… (more)

LibraryThing member gibbon
Maraini's book of an expedition led by Prof. Giuseppe Tucci, though at the time he didn't know it, was a last glimpse of the theocratic state which was to be demolished shortly afterwards by the Chinese occupation. As such it is a wonderful evocation of a past civilization before it fell beneath the onslaught of 20th century technology and politics. The author includes an introduction to the religious background of both aristocrats and simple herdsmen, and the varied physical and spiritual influences which had formed the unique Tibetan approach to theology. The 60 black and white photographs (curiously called on the title page "double colour plates" which in this edition at least they are not) were taken with particular care, a table being appended which gives details of camera, lens, film and exposure. The Introductory Letter by Bernard Berenson says that it is one of only a very few books which take the reader along with the narrator, to experience the sights, sounds and smells of the journey. There is a two-page reading list which the author says are "likely to be found in good libraries"… (more)