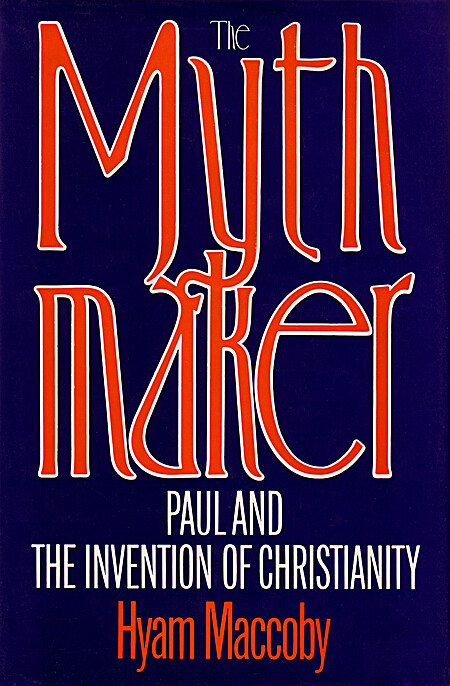 The Mythmaker: Paul and the Invention of Christianity

"Who was the founder of Christianity? The answer seems obvious--Jesus Christ. Yet for the Talmudic scholar Hyam Maccoby, this answer is wrong. In The Mythmaker--a work of revolutionary import to New Testament scholarship--Maccoby contends that Jesus was no more the founder of Christianity than the historical Hamlet was the author of Hamlet. Rather, Christianity was the invention of St. Paul, who used elements of Judaism, Gnosticism, and pagan mystery cults as his materials, fusing them around the story of Jesus' crucifixion. Throughout The Mythmaker, Maccoby wages warfare on time-honored beliefs about the origins of Christianity. He holds that Jesus--in the Gospels a fierce opponent of the Pharisees--was himself a Pharisee; that the self-proclaimed Pharisee Paul never was one; that Jesus' disciples never had any thought of founding a new church; that they never embraced such ideas as Jesus' divinity and the Eucharist, which were brainchildren of Paul; and that the heretical Ebionite sect was really a continuation of the "Jewish Christianity" against which Paul had rebelled. In progressing from failed rabbinical student to self-appointed apostle, Maccoby's Paul displays the wiliness and, often, the unscrupulousness of a picaresque hero. Yet Maccoby grants Paul a rich, indeed mythmaking, religious imagination. As exciting in its revelations as it is exacting in its methods, The Mythmaker is essential reading for anyone interested in the problematic historical origins of Christianity."--Jacket.… (more)