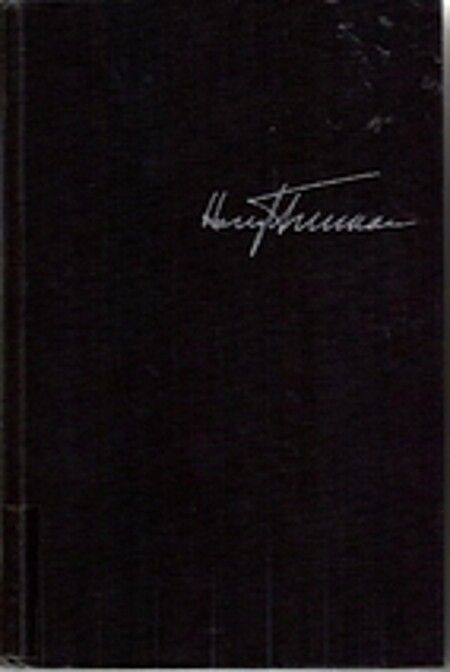 Written with the same honesty and passion that made the first volume of Harry S. Truman's memoirs - 1945: Year of Decision - so compelling, this book explores in detail the extraordinary problems the president had to face in the years after World War II.Truman recounts the story of the explosive China situation and George Marshall's patient and brilliant handling of it - and examines the creation of the Truman Doctrine, the history of the Marshall Plan, the Berlin airlift, and the enormously complicated problem of creating a Jewish homeland.The climax of Years of Trial and Hope comes with Truman's dramatic discussion of the Korean War and his dismissal of General Douglas MacArthur for repeatedly refusing to follow orders from both the Joints Chiefs of Staff and the president himself.He also talks about his decision to not run for the presidency in 1952, offering his strong opinions about the Stevenson and Eisenhower campaigns, and concluding with a memorable account of his White House meeting with President-elect Eisenhower shortly before the end of his term.Filled with astute observations of major historical events and the leaders who shaped them, Truman offers readers an incisive look at postwar American history.… (more)

LibraryThing member meacoleman
Like many authors, Harry would have benefited from a good editor. His narrative isn't quite as taut as Grant's, but it is passionate and backed up with fact: he quote verbatim from memos issued during this time. It's sad that many of the issues he tried to tackle are still unsolved today.
1 more
LibraryThing member EricCostello
As with the first volume of the memoirs, some of what's interesting is what's left out of the book. There's practically no introspection regarding the assorted scandals that plagued Truman's 1949-1953 term, and which were a major factor in the decline of his popularity. The memoirs in this volume tend to focus on Korea and the 1948 election, not surprisingly. Truman is particularly blistering regarding the 80th Congress, the brief (1947-1949) interval in which the GOP controlled Congress. It does give you a flavour of the hard-ball machine pol that Truman really was, at heart.… (more)
Fewer