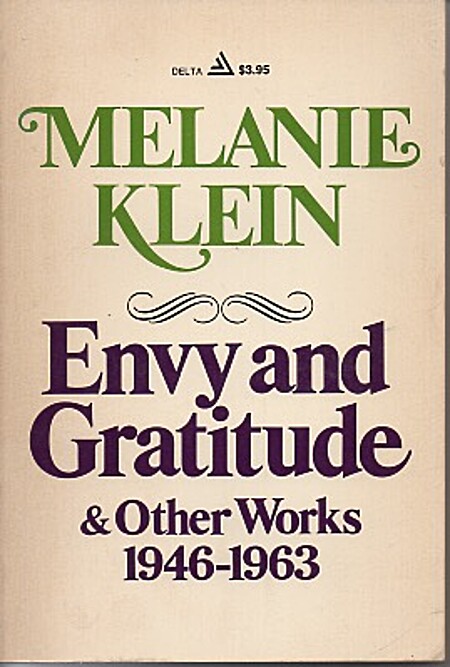 Melanie Klein's writings, particularly on infant development and psychosis, have been crucial both to theoretical work and to clinical practice. ENVY AND GRATITUDE collects her writings from 1946 until her death in 1960, including two papers published posthumously. Klein's major paper, 'Notes on Some Schizoid Mechanisms', introduces the concept of the paranoid-schizoid position, in which the infant ego splits, projects and introjects its objects - most particularly the mother - during the first few months of life. 'Envy and Gratitude' her last major work, introduces her theory of primary envy.