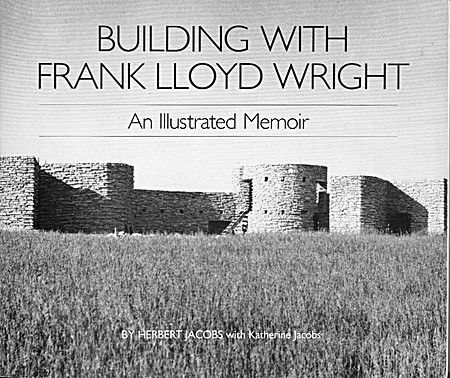 This is the first-hand account of a young couple who in 1936 challenged Wright to produce a decent house for $5,000. Wright responded with the in­novationsfloor heating, flat roof, con­crete floor, solid walls, grouping of utili­ties, carport, seclusion from the street but openness to a garden through banks of door windowsthat made their house the revolutionary Usonia Num­ber One.”   Within five years the Jacobs moved to the country, where Wright designed the Solar Hemicycle,” which featured a windfoil design and the passive solar con­struction that became the prototype for such buildings. The 89 illustrations show the construction and important details of both houses.