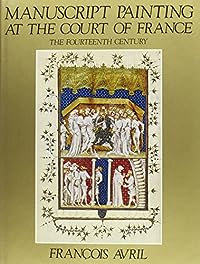 Manuscript Painting at the Court of France: The Fourteenth Century, 1310-1380

The era of France's Charles V was a watershed in the art of manuscript illumination. Learning and religion were highly valued, and the court and its nobles were rich, well able to afford to patronize the best calligraphers and artists.In this book, Francois Avril (one of the world's greatest experts on manuscript illumination, especially as practiced in France), presents an overview of the finest manuscripts which were produced for members of the Charles' court. A large number of the manuscripts represented belonged to either Charles, himself, or his younger brother, Jean, Duc de Berry (arguably the greatest book collectors of his time).These books include a large number of books of a religious nature as well as poems, Aristotle's Ethics and books of ceremonial importance. There are forty color plates with excellent descriptions as well as a lengthy introduction which explains the history of this era's illumination.Any person who is interested in the history or art of illumination will enjoy reading and owning this book, and will go back to it often for contemplation of some of the best illumination of the High Middle Ages.… (more)