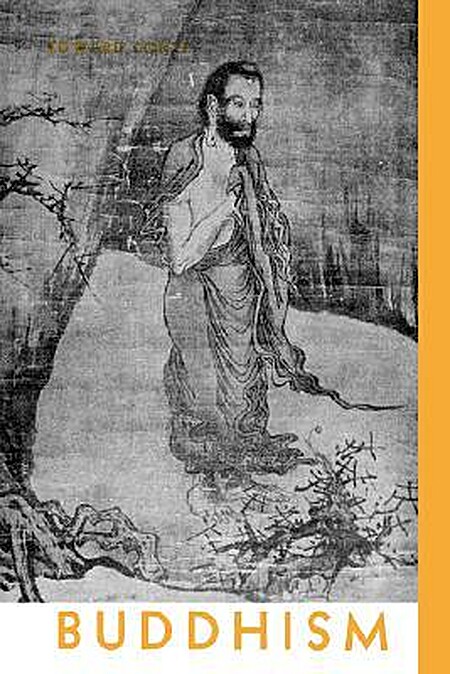 Buddhism; Its Essence and Development

"He has opened the stately grounds of scholarship to the public so that nothing of value and interest shall be missed. His readers are given an opportunity to understand something that has hitherto been only a mystery." -- The Times (London) Literary Supplement"It would be hard to find a study of any religion which is at once so correct, scholarly, short, lucid, and readable." -- The Manchester Guardian Based on a series of Oxford lectures delivered by a leading Buddhist scholar, this classic guide covers the entire range of Buddhist thought, including spirituality, doctrine, and basic assumptions. An expert on the subject who converted to Buddhism in the course of his studies. Dr. Conze introduces Buddhism as both religion and philosophy, and discusses its common ground with other faiths throughout the world. He contrasts monastic and popular Buddhism and defines old and new schools of thought, discussing sects and their practices, moral wisdom, and literary history. Other subjects include the Yogacarins; the Tantra, or magical Buddhism; and developments in the faith beyond India. The first comprehensive English-language book on Buddhism, this volume offers a concise approach to the complexities of Buddhist thought. A preface by a distinguished scholar of Oriental literature, Arthur Waley, appears in this edition.… (more)

LibraryThing member William345
This book is a concise description of the historical development of Buddhism. The key word "essence" is correct. Dr Conze distills much into this swift, readable account. The form of American Buddhism I study is completely stripped of all supernatural trappings. It is essentially mind training, and as such has much in common with classical Stoic philosophy. Yet I have often wondered what happened to all the gods and hells of ancient Buddhism. Well, here they are. I highly recommend this as an adjunct to popular books on Buddhist practice by, say, Pema Chödrön or Thich Nhat Hanh. Little is known about very early Buddhism because, though it flourished on the Gangetic Plain, there was a reluctance to commit the dharma to writing. This, astonishingly to the 21st century reader, because it was believed that writing would diminish the memory skills of the monks, who, would just rely on writings as opposed to engaging in a more lively practice of Buddhism. The Pali texts were not created until about 400 years after the death of Buddha. Particularly interesting is the story of what is known about the split of Buddhism into the separate camps of the Hinayana and Mahayana. . . . And of the Mahayana how and why it was necessary to create a god-filled realm for those who could only approach the religion on the basis of faith as opposed to wisdom. Conze discusses the usefulness of mythos and how it was possible for the Mahayana to use this device for purposes of ensuring the salvation of those unable to pursue the more rigorous discipline of the monks. Thus the faith approach to nirvana and the wisdom approach, both of which bring the adherent the same ultimate enlightenment. Tantra is also explained. This was the most difficult section for me, perhaps because it seems in such opposition to the Buddhism that has been so helpful to me. Highly recommended.… (more)