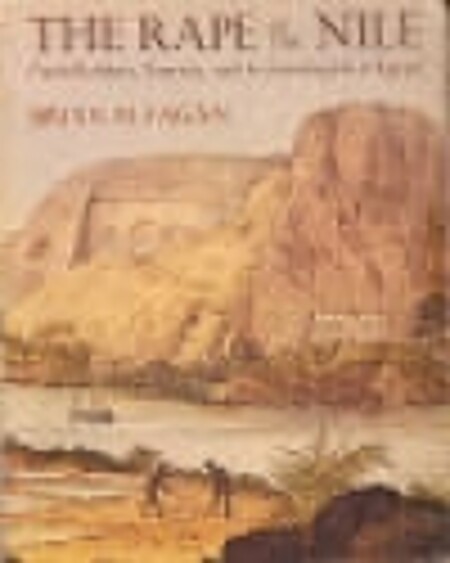 The Rape of the Nile: Tomb Robbers, Tourists, and Archaeologists in Egypt

The scandalous rape of Ancient Egypt is a historical vignette of greed, vanity, and dedicated archaeological research. It is a tale vividly told by renowned archaeology author, Brian Fagan, with characters that include the ancient historian Herodotus; Theban tomb robbers; obelisk-stealing Romans; Coptic Christians determined to erase the heretical past; mummy traders; leisured antiquarians; major European museums; Giovanni Belzoni, a circus strongman who removed more antiquities than Napoleon's armies; shrewd consuls and ruthless pashas; and archaeologists such Sir Flinders Petrie who changed the course of Egyptology.This is the first thoroughly revised edition of The Rape of the Nile - Fagan's classic account of the cavalcade of archaeologists, thieves, and sightseers who have flocked to the Nile Valley since ancient times. Featured in this edition are new accounts of stunning recent discoveries, including the Royal Tombs of Tanis, the Valley of Golden Mummies at Bahariya, the Tomb of the Sons of Ramses, and the sunken city of Alexandria (whose lighthouse was one of the Seven Wonders of the Ancient World). Fagan concludes with a clear-eyed assessment of the impact of modern mass tourism on archaeological sites and artifacts.… (more)

LibraryThing member pandoragreen
Quite enjoyable to read, while seemingly remaining well grounded in the facts.
4 more
LibraryThing member JayLivernois
This work is a fine history on the rediscovery of Ancient Egypt, but slightly marred by a contemporary moaning of that history from a post-colonial, leftist perspective not holding to the time's context as it should. It is published by the interesting small New England / New York Press, Moyer Bell.
LibraryThing member Oreillynsf
A strong narrative of the people and events of antiquities theft in Egypt. Spans the 19th and 20th centuries, and is written in an extremely engaging way that almost puts you on the edge of your seat. As with many things in life, the conflict of "who owns the past" is more grey than black and white, though after reading this book, it's hard not to be rooting for Egypt in their battles to get their treasures back from Britain, France, Germany, the US, et al.

Lots of people think the issue of antiquities theft and ownership begins and ends with the Elgin Marbles but this book makes clear both the scale of Egyptian losses and the long history of conflict over the issue. Heck, walk around Rome, or The Met, or the Getty and you see a small sliver of the spoils.… (more)
LibraryThing member Naura.Milano
The non-fictional history of how the treasures of Ancient Egypt were plundered by ages of visitors from ancient Greeks to modern-day pillagers. Possibly not for everyone, but certainly of interest to people who like extra historical knowledge while they read other genres. The chapter on Napoleon's invasion of the country is alone worth the time.… (more)
LibraryThing member jamespurcell
Interesting, illustrative and quite complete, this book is a fine concise reference for those with a new or awakening interest in the archaeology of ancient Egypt.
Fewer