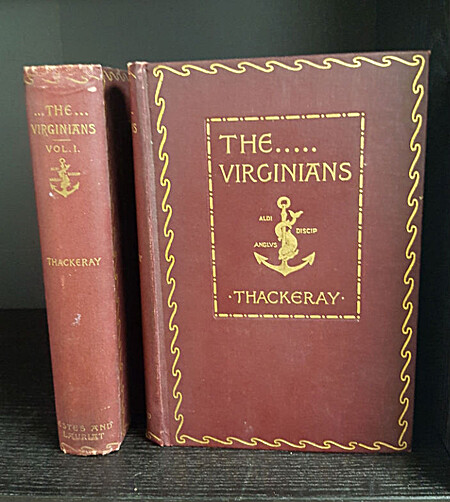 The Virginians: A Tale of the Last Century. Three volumes in two.

Two brothers find themselves on opposite sides of the Revolutionary War. 'To endure is greater than to dare, to tire out hostile fortune, to be daunted by no difficulty, to keep heart when all have lost it, to go through intrigue spotless, to forgo even ambition when the end is gained: who can say this is not greatness?' The Virginians is a sequel to Henry Esmond, and tells the story of his twin grandsons, George and Henry Warrington. Both become British officers, but on the outbreak of the American War of Independence, Henry joins the revolutionary side.