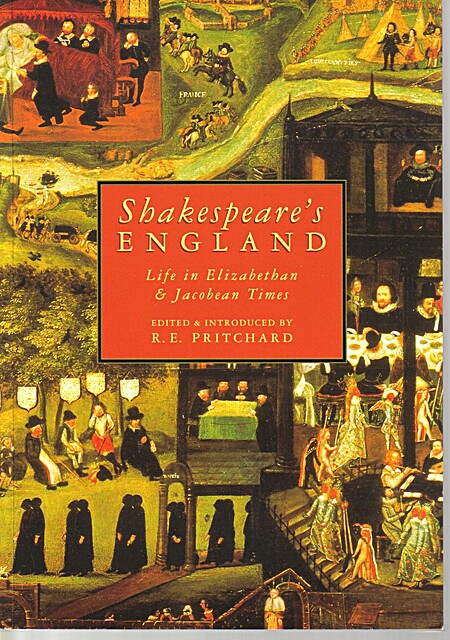 What was life like in Shakespeare's time - or, what did people then say it was like? This volume provides a picture of the age, with a selection of accounts of Elizabethan and Jacobean life taken from books, plays, poems, letters, diaries and pamphlets by and about Shakespeare's contemporaries. Extracts have been taken from a wide range of writers, including William Harrison and Fynes Moryson (providing descriptions of England), Nicholas Breton (on country life), Isabella Whitney and Thomas Dekker (on London life), Nashe (on struggling writers), Stubbs (with a Puritan's view of Elizabethan enjoyments), Harsnet and Burton (on witches and spirits), John Donne (meditations on prayer and death), King James I (on tobacco) and Shakespeare himself. Also included are accounts of theatre-going, May Day celebrations, Queen Elizabeth at court, the place of women, education, garden books and herbals, clothes, food, drink and religion. The extracts are organized thematically, each section having an introduction reflecting modern historical research.… (more)

Elizabethan Underworld by Gamini Salgado
The Tudor housewife by Alison Sim
The Tudor age by Jasper Godwin Ridley
A Year in the Life of William Shakespeare: 1599 by James Shapiro
Albion : the origins of the English imagination by Peter Ackroyd