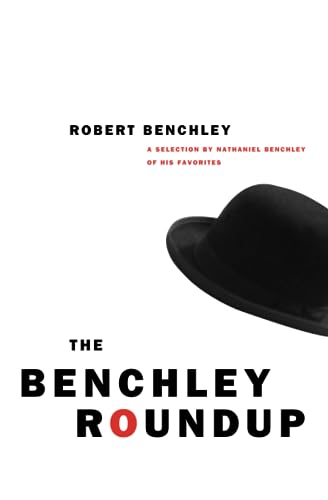 Robert C. Benchley's sketches and articles, published in periodicals like Life, Vanity Fair, and The New Yorker, earned him a reputation as one of the sharpest humorists of his time; his influence—on contemporaries such as E. B. White, James Thurber, and S. J. Perelman, or followers like Woody Allen, Steve Martin, and Richard Pryor—has left an indelible mark on the American comic tradition. The Benchley Roundup collects those pieces, selected by Benchley's son Nathaniel, "which seem to stand up best over the years"-a compendium of the most endearing and enduring work from one of America's funniest and most penetrating wits. "It took me fifteen years to discover that I had no talent for writing, but I couldn't give it up because by then I was too famous." —Robert Benchley… (more)