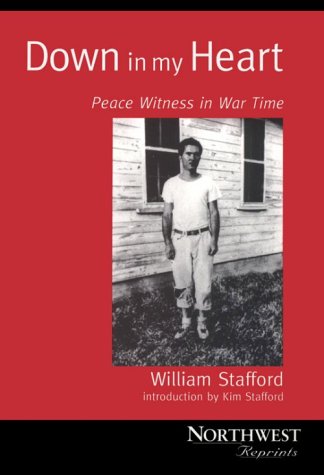 Down in my heart

From 1942 to 1945, William Stafford was interned in camps for conscientious objectors in Arkansas and California for his refusal to be inducted into the U.S. Army. Down in My Heart is an account of the relationships among the men in the camps and their day-to-day activities - fighting forest fires, building trails and roads, restoring eroded lands - and their earnest pursuit of a social morality rooted in religious and secular pacifist ideals. In his new introduction to the book, Kim Stafford calls them a "generation of seekers" working full time "to envision a way to avoid the next war". First published in 1947, this "peace relic", as William Stafford later called his first book, offers a rich glimpse into a little-known aspect of the war and a fascinating look at the formative years of a major American poet.… (more)