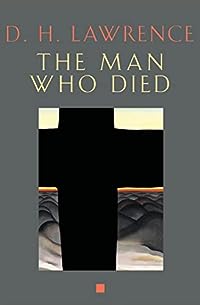 The Man Who Died: A Story

In his last novel, published less than a year before his death, D. H. Lawrence takes up the theme of Christ's resurrection and his final days on earth. Lawrence recounts Christ's agonizing journey from death back to life with alarming realism: his initial painful awakening, the utter disillusionment of living beyond his brutal death, his bewildering encounters with strangers and friends, and finally, his redemptive sexual relationship with the priestess of the pagan goddess Isis. The story expands from its Christian roots to embrace Lawrence's abiding faith in the life-force apparent in every aspect of the natural world. The combination of a pure idealism with a pure physicality enriches these characters both as human beings and as symbols of beliefs too often held in opposition. The language of this book is indulgent for Lawrence - it contains the sharp focus and lyrical intensity of poetry without losing the subtlety of detail that characterizes his prose. For his final work, it seems that Lawrence has encapsulated a lifetime of extraordinary vision into one profound and exquisite parable.… (more)