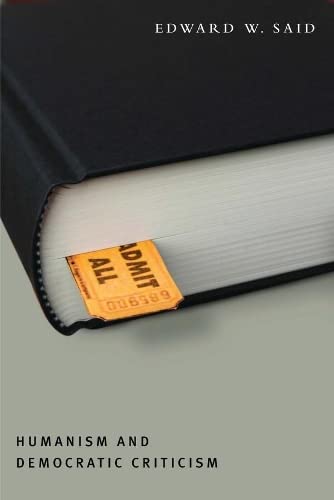 In the radically changed and highly charged political atmosphere that has overtaken the United States--and to varying degrees the rest of the world--since September 11, 2001, the notion that cultures can harmoniously and productively coexist has come to seem like little more than a quaint fiction. In this time of heightened animosity and aggression, have humanistic values and democratic principles become irrelevant? Are they merely utopian fantasies? Or are they now more urgent and necessary than ever before? Ever since the ascendancy of critical theory and multicultural studies in the 1960s and 1970s, traditional humanistic education has been under assault. Often condemned as the intolerant voice of the masculine establishment and regularly associated with Eurocentrism and even imperialism, the once-sacred literary canon is now more likely to be ridiculed than revered. While this seismic shift--brought on by advances in technological communication, intellectual specialization, and cultural sensitivity--has eroded the former primacy of the humanities, Edward Said argues that a more democratic form of humanism--one that aims to incorporate, emancipate, and enlighten--is still possible. A lifelong humanist, Said believed that self-knowledge is the highest form of human achievement and the true goal of humanistic education. But he also believed that self-knowledge is unattainable without an equal degree of self-criticism, or the awareness that comes from studying and experiencing other peoples, traditions, and ideas. Proposing a return to philology and a more expansive literary canon as strategies for revitalizing the humanities, Said contends that words are not merely passive figures but vital agents in historical and political change. Intellectuals must reclaim an active role in public life, but at the same time, insularity and parochialism, as well as the academic trend toward needless jargon and obscurantism, must be combated. The "humanities crisis," according to Said, is based on the misperception that there is an inexorable conflict between established traditions and our increasingly complex and diversified world. Yet this position fails to recognize that the canonized thinkers of today were the revolutionaries of yesterday and that the nature of human progress is to question, upset, and reform. By considering the emerging social responsibilities of writers and intellectuals in an ever more interdependent world and exploring the enduring influence of Eric Auerbach's critical masterpiece, Mimesis, Said not only makes a persuasive case for humanistic education but provides his own captivating and deeply personal perspective on our shared intellectual heritage.… (more)