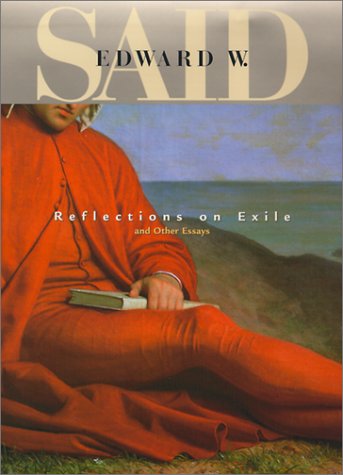 Reflections on Exile and Other Essays

Convergences: Inventories of the Present

This Long-Awaited Collection of literary and cultural essays by Edward W. Said, the first since Harvard University Press published The World, the Text, and the Critic in 1983, reconfirms what no one can doubt -- that Said is the most impressive, consequential, and elegant critic of our time -- and offers further evidence of how much the fully engaged critical mind can contribute to the reservoir of value, thought, and action essential to our lives. As in the title essay, the widely admired "Reflections on Exile," the fact of his own exile and the fate of the Palestinians have given both form and the force of intimacy to the questions Said has pursued. Taken together, these essays -- from the famous to those that will surprise even Said's most assiduous followers -- afford rare insight into the formation of a critic and the development of an intellectual vocation. Said's topics are many and diverse, from the movie heroics of Tarzan to the machismo of Ernest Hemingway to the shades of difference that divide Alexandria and Cairo. He offers major reconsiderations of writers and artists such as George Orwell, Giambattista Vico, Georg Lukacs, R.P. Blackmur, E.M. Cioran, Naguib Mahfouz, Herman Melville, Joseph Conrad, Walter Lippmann, Samuel Huntington, Antonio Gramsci, and Raymond Williams. Said makes a strong and eloquent attack on what he calls "aestheticized powerlessness," a habitual stance of many in the academy. Most of the key debates in the humanities over the last thirty years are taken up in this book, and a number of them are given definitive treatment here.… (more)