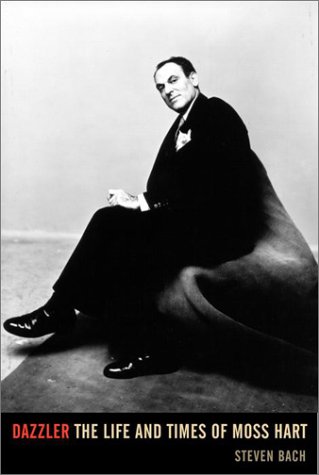 Dazzler: The Life and Times of Moss Hart

"No one loomed larger in Broadway's golden age. Hart's memoir, Act One, which told of a youth lived in poverty and his early success on Broadway, became the most successful and most loved book ever published about the lure of the theater. But it ended at the beginning - when Hart was only twenty-five - and at times embroidered or skirted the facts. Now, at last, we have the full and far richer story." "Dazzler is the story of the seen and unseen struggles that beset Hart in a life crowded with friends, glamour, and achievements, a life that seemed to be one triumph and delight after another. But it was actually a life tormented in ways we didn't know, and thus, heroic. It isn't just that Hart rose from humble beginnings to fame and fortune. It's that he rose above his private demons to achieve a kind of happiness that survives him. He used to say, even in the face of failure, "Well, we aspired." Aspiration was a key to his life, and the key to this superb biography."--BOOK JACKET.… (more)

LibraryThing member ClifSven
Excellent biography of Moss Hart. Clears up the "imperfections" of Hart's autobiography. Because of slander laws (I assume) Bach did not delve into Hart's homosexuality as much as I'd have liked. However, Mr. Hart's wife (family?) steadfastly refused to believe that he wasn't 100% heterosexual - despite all the evidence to the contrary.

As thousands cheer : the life of Irving Berlin by Laurence Bergreen
Genius in disguise : Harold Ross of the New Yorker by Thomas Kunkel