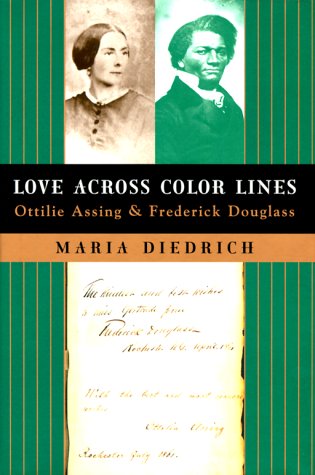 "In 1856 Ottilie Assing, an intrepid journalist who had left Germany after the failed revolution of 1848, traveled to Rochester, New York, to interview Frederick Douglass for a German newspaper. This encounter transformed the lives of both: they became intimate friends, they stayed together for twenty-eight years, and she translated his autobiography into German. Diedrich reveals in fascinating detail their shared intellectual and cultural interests and how they worked together on his abolitionist writings." "As is clear from letters and diaries, Douglass was enchanted with his vivacious companion but believed that any liaison with a white woman would be fatal to his political mission. Assing was keenly aware of his dilemma but certain he would marry her once his mission was fulfilled. She was bitterly disappointed: after his wife's death, Douglass did remarry - but he married another woman. Assing committed suicide, leaving her estate to Douglass."--Jacket.… (more)