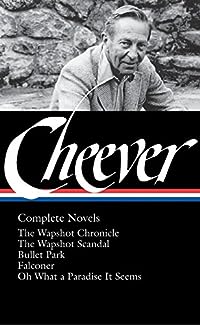 Here are the five novels of John Cheever, together in one volume for the first time. In these dazzling works Cheever laid bare the failings and foibles of not just the ascendant postwar elite but also the fallen Yankee aristocrats who stubbornly and often grotesquely and hilariously cling to their shabby gentility as the last vestige of former glory. Complete Novels gathers: the riotous family saga The Wapshot Chronicle and its sequel The Wapshot Scandal; the dark suburban drama Bullet Park; the prison novel Falconer, a radical departure that met with both critical and popular acclaim; and the lyrical ecological fable Oh What a Paradise It Seems.