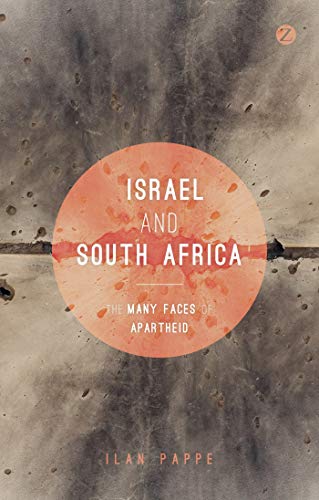 Israel and South Africa: The Many Faces of Apartheid

Within the already heavily polarised debate on the Israeli-Palestinian conflict, parallels between Israel and apartheid South Africa remain highly contentious. A number of prominent academic and political commentators, including former US president Jimmy Carter and UN Special Rapporteur John Dugard, have argued that Israel's treatment of its Arab-Israeli citizens and the people of the occupied territories amounts to a system of oppression no less brutal or inhumane than that of South Africa's white supremacists. Similarly, boycott and disinvestment campaigns comparable to those employed by anti-apartheid activists have attracted growing support. Yet while the 'apartheid question' has become increasingly visible in this debate, there has been little in the way of genuine scholarly analysis of the similarities (or otherwise) between the Zionist and apartheid regimes. In Israel and South Africa, Ilan Pappé, one of Israel's preeminent academics and a noted critic of the current government, brings together lawyers, journalists, policy makers and historians of both countries to assess the implications of the apartheid analogy for international law, activism and policy making. With contributors including the distinguished anti-apartheid activist Ronnie Kasrils, Israel and South Africa offers a bold and incisive perspective on one of the defining moral questions of our age.… (more)