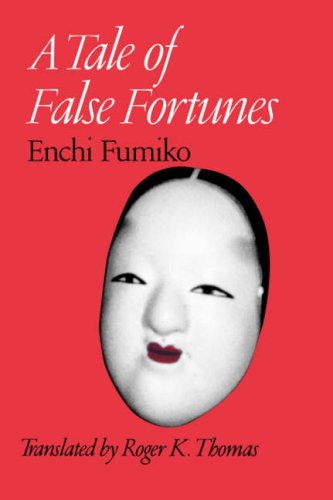 A Tale of False Fortunes

A Tale of False Fortunes is a masterful translation of Enchi Fumiko's (1905-1986) modern classic, Namamiko monogatari. Written in 1965, this prize-winning work of historical fiction presents an alternative account of an imperial love affair narrated in the eleventh-century romance A Tale of Flowering Fortunes (Eiga monogatari). Both stories are set in the Heian court of the emperor Ichijo (980-1011) and tell of the ill-fated love between the emperor and his first consort, Teishi, and of the political rivalries that threaten to divide them. While the earlier work can be viewed largely as a panegyric to the all-powerful regent Fujiwara no Michinaga, Enchi's account emphasizes Teishi's nobility and devotion to the emperor and celebrates her "moral victory" over the regent, who conspired to divert the emperor's attentions toward his own daughter, Shoshi. The narrative of A Tale of False Fortunes is built around a fictitious historical document, which is so well crafted that it was at first believed to be an actual document of the Heian period. Throughout Enchi's innovation and skill are evident as she alternates between modern and classical Japanese, interjecting her own commentary and extracts from A Tale of Flowering Fortunes, to impress upon the reader the authenticity of the tale presented within the novel.… (more)

Masks by Fumiko Enchi
The confessions of Lady Nijō by Nakanoin Masatada no musume,
Naomi by Junʾichirō Tanizaki
The world of the shining prince; court life in ancient Japan by Ivan I. Morris
Monkey brain sushi : new tastes in Japanese fiction by Alfred Birnbaum
3 more
Woman on the other shore by Mitsuyo Kakuta
Kokoro by Natsume Soseki
Volcano : a novel by Shūsaku Endō
Fewer