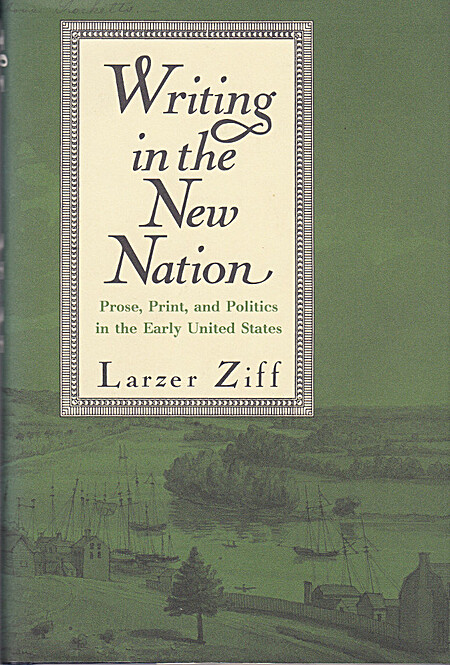 Writing in the New Nation: Prose, Print, and Politics in the Early United States

This book discusses the relation of literature to society in the first decades of United States history, a relation that was conceptualized by some as one between the republic of letters and the new republic. In that day, most who thought about the matter defined literature as all of written knowledge, which is to say that belles lettres constituted a very small part of what they regarded as literary. Moreover, for a number of them belles lettres were also that part of literature that was the least likely to survive in a new nation, not so much because the agreed with the zealous who argued that reading such writing weakened the moral fiber but because they believed that literature as a fine art was the creature of ujnust privilege, rewarding the patronage of the ruling class by reflecting its values. They thought it unlikely that a societ y of free and equal men would have need for an art that, historically, had diverted the learned and leisured few while conditioning the exploited many to believe that their degraded social position was part of the natural order of things. - p. ix.… (more)