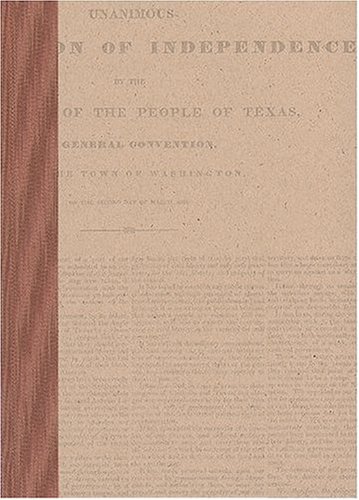 Texfake: An Account of the Theft and Forgery of Early Texas Printed Documents

Texfake is the result of three years of investigation into the scandal surrounding the 1988 discovery of forged copies of the Texas Declaration of Independence. The New York Times, Texas Monthly, and The New Yorker all carried articles on the affair, but this is the definitive account of the history and impact of the Texas forger and his wares. Austin rare book dealer Taylor lays out the facts concerning the forgeries: who made them; when and how they were made; how they were discovered; and whether or not the dealers involved know what they were selling. He also reveals for the first time the devastating impact of the looting of Texas libraries by thieves in the 1960s. Taylor discusses in detail all of the printed Texas documents known to have been forged or fabricated and includes a census of every known copy, genuine or fake. The thirty-nine illustrations demonstrate how to distinguish between genuine and forged copies. Pulitzer Prize-winning novelist Larry McMurtry's introduction delivers on his promise to "slap on a little of the color that Tom Taylor has had to leave off." McMurtry offers an amusing but clear-eyed account of the principal dealers in the affair, Dorman David and John Jenkins, and their "top-speed stampede through the trade" from the perspective of a former employee of David's bookshop and later a dealer who knew both men.… (more)

American iron hand presses by Stephen O. Saxe
Great forgers and famous fakes : the manuscript forgers of America and how they duped the experts by Charles Hamilton