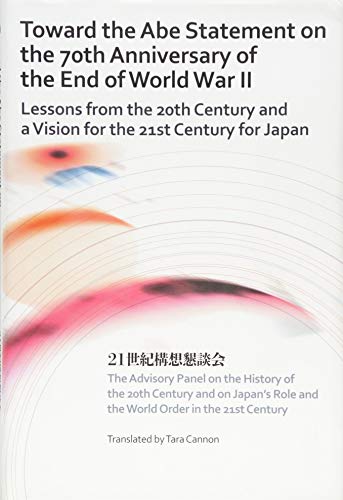 Toward the Abe statement on the 70th anniversary of the end of World War II: lessons from the 20th century and a vision for the 21st century for Japan

"In 1955 and 2005, Japan's prime ministers released landmark statements to mark the 50th and 60th anniversaries of the end of World War II. Many around Asia and the world were focused on what sort of statement Prime Minister Abe Shinzo would release. The media was filled with speculation about whether his statement would uphold previous prime ministers' statements and include words such as "aggression," "colonial rule," or "apology." It was in this context that Prime Minister Abe himself commissioned a panel of Japan's foremost experts to look back on the 20th century and the path Japan followed before and after the war, and look ahead to the role Japan should play in the 21st century. This book brings together the presentations and commentary by the panel members as they explore Japan in the 20th century, lessons to be drawn from Japan's experience, its reconciliation with both Western and Asia countries, and the contributions Japan should make to the world going forward."--Publisher's website.… (more)