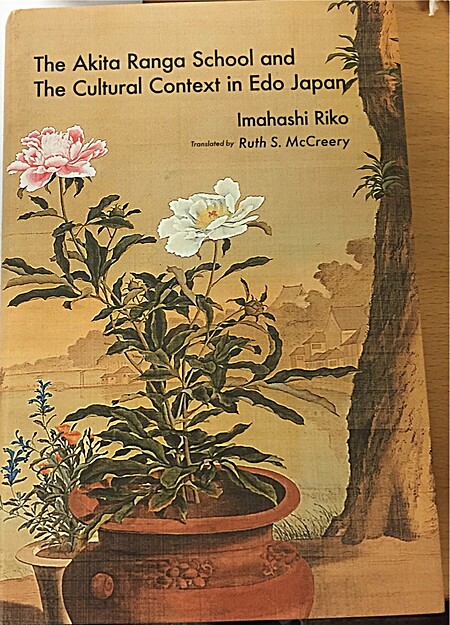 The Akita Ranga School and the Cultural Context in Edo Japan

"Since the late nineteenth-century emergence of japonisme in the Western art world, the work of ukiyo-e artists such as Hokusai, Hiroshige, and Utamaro has come to be widely appreciated in the West. Recognition of other genres of Edo-period painting has, however, lagged behind. In this volume, noted scholar Imahashi Riko brings new light to a pioneering group of young artists who flourished for less than a decade in the 1770's before disappearing into obscurity. While the artists of the the Akita Ranga school belonged to the Akita domain in the north of Japan, it was in Edo (present-day Tokyo), the political and cultural center of the country, that-during Japan's long period of national seclusion-they encountered books imported from the West and sought to develop a new style combining Western perspective methods and chiaroscuro with traditional motifs and compositions of Asian-bird-and-flower and landscape painting. The masterpiece of the Akita Ranga school, and the focus of this book, is Shinobazu Pond by Odano Natake. In this one work of art, which seems on the surface to be a tranquil landscape painting, are hidden allusions to portraits of beauties in Chinese art and literature, to legends about Shinobazu Pond in Japan and West Lake in China, and to contemporary Edo popular culture. Drawing on a quarter of a century of close study of Edo-period art and culture, Imahashi provides, in this major work of scholarhip, valuable context to the oeuvre of a group struggling to reconcile the art and thought of East and West a century before the 'opening' of Japan in the Meiji period, as well as insight into the thinking of Naotake, whose tragically short career was ended by his death in 1780, at the age of thirty." from back cover.… (more)